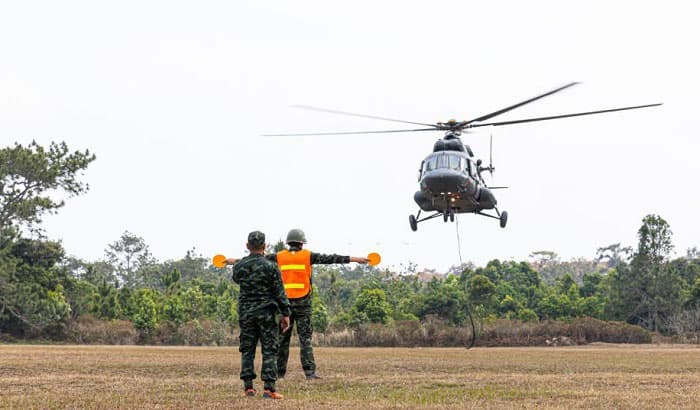 Military helicopters are cool to look at, and they sound fascinating upon the first encounter. But if you hear them all the time — in the early morning and late at night, while you are still trying to sleep, you will definitely grow frustrated. To ease your mind, you will want to know, “Why are military helicopters flying over my house?” Maybe there is a reasonable justification. Instead of second guessing though, you can join us in exploring the answer in today’s article. 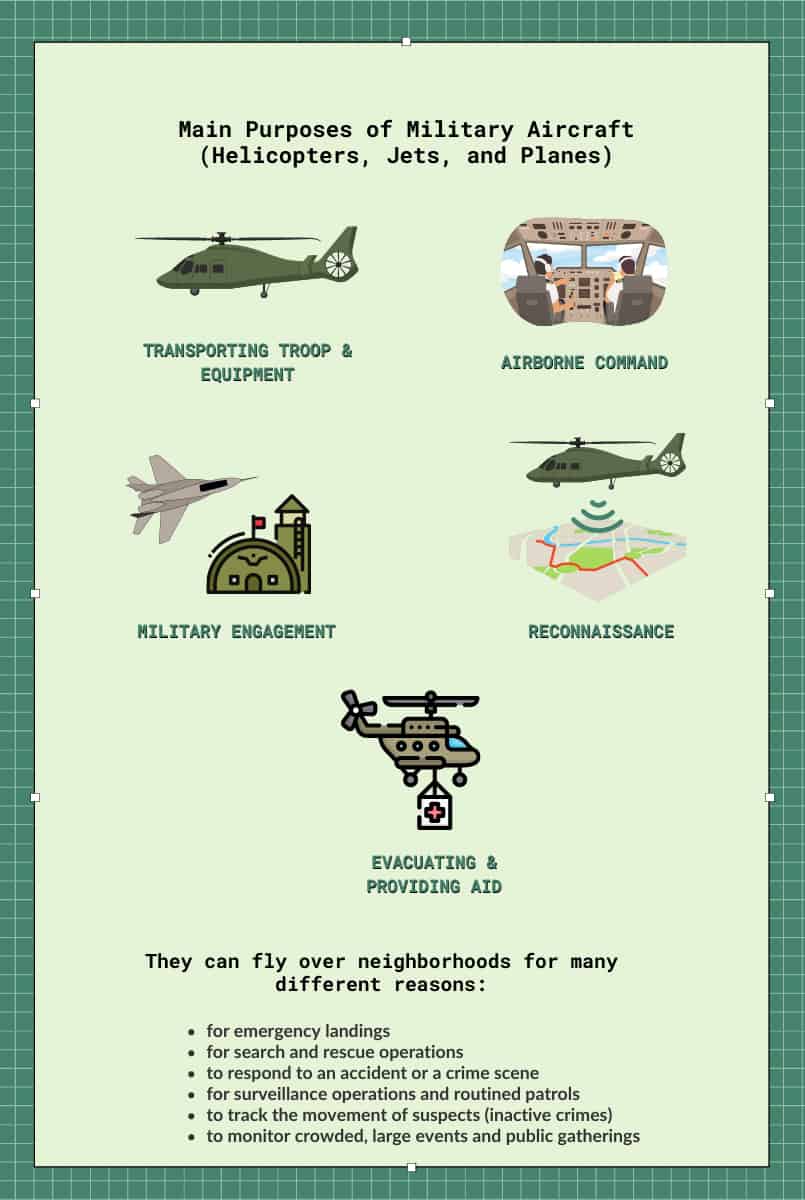 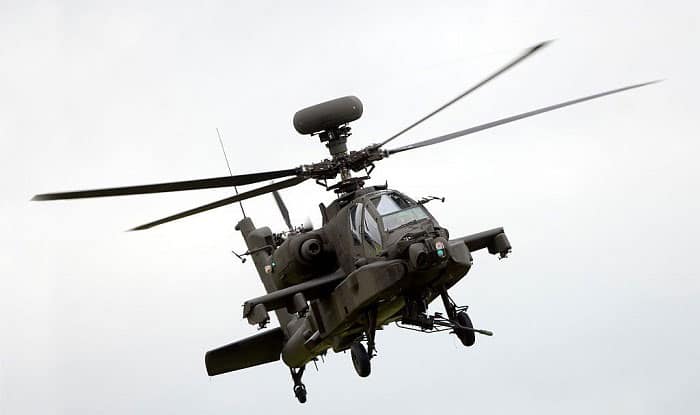 Helicopters, planes, and jets play a prominent part in the U.S Armed Forces. They are used by all branches: the Army, Air Force, Navy, Marine Corps, and Coast Guard. These aircraft are not only very huge but also extremely noisy. You cannot NOT notice them while they are flying right above your head!

Here is a list of a few well-known military helicopters:

This military helicopter is equipped with a range of weapons and has been used for combat in Libya, Mali, and Afghanistan. It is a very capable copter praised for its real-life performance.

This is an air-to-air combat helicopter used for aerial reconnaissance and escorting other military aircraft. It has strong armor and is very versatile. So, it is known for having a lot of military potential.

This is a chopper run by the Russian Air Force. Outfitted with a range of weapons, it is mostly used for combat. Its nickname is The Alligator, and true to this, it is a rough monster that can perform well even in the most dangerous weather conditions.

Should I Be Worried About Military Helicopters, Planes, and Jets Flying Over My House?

You do not have to be alarmed when you do spot any of these military aircraft. Most of the time, they are used for training purposes. If you live near a military installation, there is a high chance the military helicopters, planes, and jets fly over and past your house during training operations. You may also see aircraft over your house if you live on or near the route that they use to go from and to military installations.

Why are helicopters flying low over my house?

This is another question that you might have. Don’t worry, it is actually quite common. Military aircraft, especially helicopters, tend to fly low to avoid being engaged by weapons and detection by an adversary. Flying low also keeps the aircraft underneath poor weather and gives it access to sight of the ground. Therefore, when operating helicopters for training, low flying is practiced.

You may be wary of the distance between your house and the aircraft. Let us reassure you that the helicopters try to match airplanes’ legally-required minimum altitude: 1,000 feet over congested areas and 500 feet over land. Although they can fly at any altitude if the operation calls for it, the military does not get too close unless they really need to and they will always try to minimize the inconvenience.

Can low-flying helicopters see into my home?

This is a genuine concern relating to safety. So, we don’t blame you for being worried. But you will be glad to know that most helicopters do not fly low enough to look into homes. Pilots are positioned at a steeper angle while descending altitudes, so it is unlikely that they can look into a person’s house, as well.

However, some models of helicopters have detection technologies like thermal image cameras, which can track movement inside homes. Usually, these will indicate that there are people and animals inside a home, but will not offer a full view of the insides.

Other Reasons: The Police & Civilians 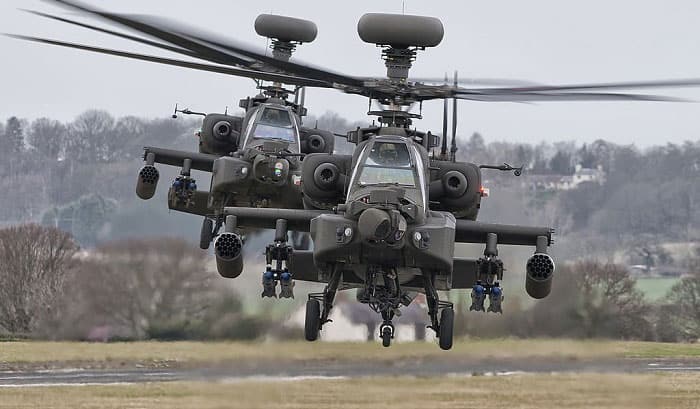 If you see a helicopter roaming the sky above your residential area, do not jump to the conclusion that it is a military aircraft. There are plenty of helicopters that belong to and are operated by the police. These are referred to as law enforcement helicopters. Usually, they are equipped with thermal image cameras and detection sensors.

They can fly over neighborhoods for many different reasons:

Note: Some police departments use military aircraft surplus. So, you may recognize a helicopter as being a property of the military, while it is operated by the police.

Typically, when the police dispatch helicopters, they will send out announcements through the press or on social media. Here is an example delivered by Fox 9 on Facebook:

Some civilians also own helicopters. They are generally lighter and smaller. Worldwide, there are about 38,536 civilian helicopters.

Like the police, there are many reasons why civilians would fly their helicopters over residential areas. A lot of industries use helicopters; healthcare, media, agriculture, aviation, to name a few. Nowadays, very rich (well-off) figures such as celebrities can have private pilots and helicopters to escort them, as well.

This is a long-range medium-lift helicopter that is deemed one of the world’s fastest. The Airbus H155 can accommodate up to 13 passengers, plus 2 crew members. It is a luxury helicopter for the business elites. Sometimes, it is used as an emergency vehicle and a law enforcement tool, too.

This is a helicopter designed for transporting up to 13-tonnes of cargo. It originated from Russia In 1977 and has been used for military purposes. Today though, it is primarily used by civilians. It is written down in books as one of the largest helicopters gone into serial production that is still in use today.

This is a $20 million helicopter that can fly for 5.5 hours without refueling while carrying a max of 24 passengers. It is a luxury helicopter but also doubles as a transport aircraft for workers to and from gas and offshore oil facilities. The Eurocopter EC255 Super Puma is one of the world’s priciest helicopters.

So, how many of these did you already know?

How Can I Find the Reason Behind a Certain Army Helicopter Flying Over My House?

Aside from contacting 911, you can download and use the app CITIZEN. This app monitors the 911 calls data and can provide you with information about the helicopter in your area. You can also be assured that you receive timely details as their data monitoring is live, 24/7.

Now, you have the complete answer to, “Why are military helicopters flying over my house?” As you have read, it is primarily because the military is using it for training drills.

However, it is still important to know that there are other types of helicopters; these may be the ones that are flying over your house, and they can be doing that for a different reason from the military aircraft.

Hopefully, this has been informative and interesting. Please leave your thoughts and additional questions in the comments. Help us share this article with other readers as well! Thank you!