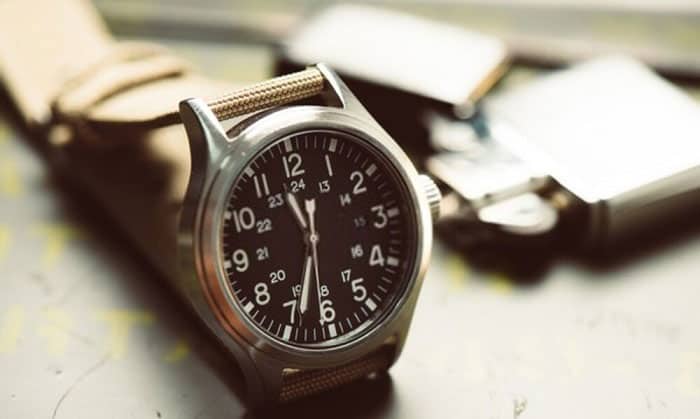 Military time is an interesting topic, and there is so much to learn about it! First, when it comes to the technical know-how, one should be able to read and pronounce military time. It is crucial to know how to convert standard time to military time and vice versa. But that is not all, right?

In this article, we will do just that, starting with the answer to “Why does the military use 24 hour time?” The short answer is simplification and precision. However, there is more to know.

Read the rest of this article to complete your understanding of military time! 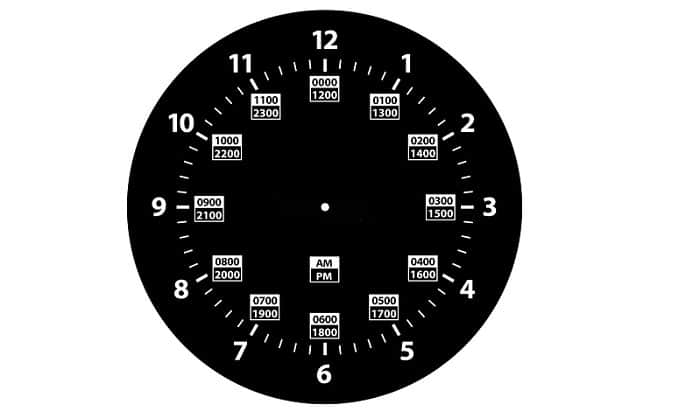 1. What is the brief history of military time?

Before we jump into why the military uses military time, let’s take a brief look at the history of this timekeeping system.

Military time can be traced back to est. 2100 BC during the Egyptians 11th Dynasty. Its “proof” is a coffin lid called the “Diagonal Star Table”. The military time system was believed to have been synchronized with constellation patterns passing the sky in early Egyptian culture.

Between 147 and 127 BC, Hipparchus, an astronomer, came up with equinoctial hours, which fixed the length of time regardless of the season. Hours were based on the equinox, and from here, we have a system where night and day time are equal and an hour lasts 60 minutes.

The military adopted the 24-hours timekeeping system when the World War progressed and modified it slightly in terms of pronunciation and presentation.

Today, it is the “standard” time system used in the military, despite the rest of the U.S more commonly using 12-hour time.

Obviously, there are good reasons for the military to use military time. But what exactly are the reasons? This section will give you deeper insights!

Have you heard of the saying, “curiosity killed the cat?” In the case of the military, it’s ambiguity that kills the cat. Ambiguity can interrupt operations and lead personnel onto the wrong paths. So, there are systems in place to minimize it, and one of those systems is military time.

Since military time uses a 24-hour format, it removes the potential confusion between post meridiem (P.M) and after mid-day (A.M). As such, you will never see a military personnel accidentally going into a morning battle inside of a nighttime one!

You may think that there is little chance to mix up P.M and A.M. However, when you remember that the military has to continuously switch between time zones and uses an alphabet system for that, the difference that military time makes is a lot clearer. “Alpha” timezone, “Mike” timezone, “Papa” timezone are “A”, “M”, and “P” times, respectively—and are the times that can easily be misunderstood if standard time was used.

For example, through radio communications, which can suffer from poor transmissions and unexpected cut-offs. Did the Commander (Actual) say attack at 8 A time? Or 8 A.M? Having to second-guess instructions is a big no-no, especially in rushed or stressful situations.

For these reasons, military time simplifies time-telling and time-keeping, as well as prevents uncertainty and confusion.

3. What are the benefits of military time?

As we have been discussing, a benefit of military time is minimizing ambiguity and making things crystal clear. Aside from that, the associative precision is reliable. It does not take too much time to become accustomed to either.

Now that we know the reasons why military time is used, we can discuss its benefits.

With the information that we have just given, you can weigh it against standard time and decide for yourself, “Is military time better?” (Don’t forget to share the answer with us in the comments later!)

4. How to read, pronounce, and convert military time?

At this point, I am sure you are sold on using military time! So, here is a short paragraph on how to read, pronounce, and convert military time for your reference.

Military time begins at 0000 and ends at 2400. It runs on a clock measuring 24 hours. Here are the guide to reading and pronouncing military time:

There are four digits to be read as pairs on military time. The “hours” are the first two digits, while the “minutes” are the remaining two. Any “hours” under 10 is read with a “zero” in front. In less diplomatic cases, the “zero” can be replaced with “oh”.

The “minutes” are read in the same way as standard time, except at the end you need to add an “hours”. If the last two digits are 00, you add “hundred hours”.

If you want more details on how to read and pronoun military time, this guide is made for you.

To convert military time into standard time and vice versa, you just need to keep these two tips up your sleeves:

While practicing converting between military time and standard time, it helps to have a chart for reference or an online converter tool to double-check.

“Why does the military use 24 hour time?” is just one of the many questions you answered in this article. Hopefully, everything was informative and interesting. You can share your thoughts and additional queries below. Since we check the comments daily, you will surely hear back from us soon!