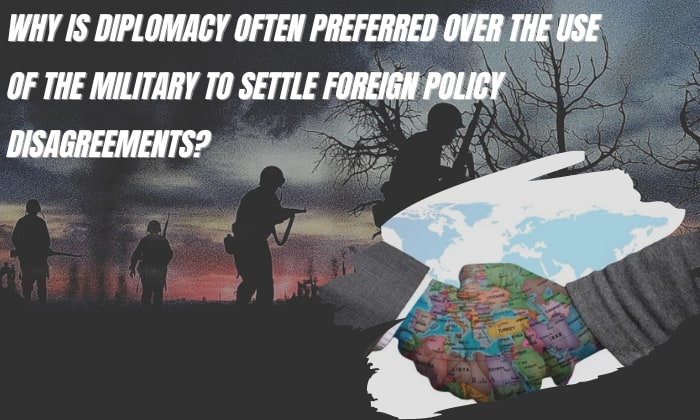 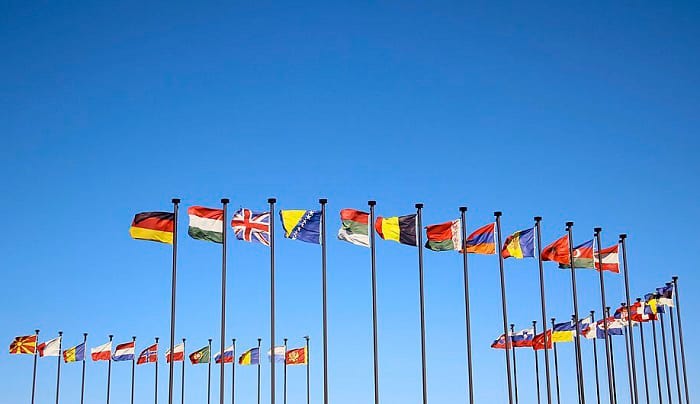 Diplomacy refers to the process of exchanging spoken or writing acts to resolve a disagreement. It usually involves countries negotiating and working out agreements.

Specifically, diplomacy is done by representatives of states, such as leaders and diplomats.

Diplomacy is considered a key tool of foreign policy.

Diplomacy vs war? It is used in times of conflict because it is the most peaceful approach to addressing a problem.

Diplomacy is considered the best approach to resolving conflicts because:

Typical outcomes of diplomacy include:

Essentially, diplomacy allows countries to work together to achieve common goals and ensure everyone is able to benefit.

That being said, diplomacy is meant to:

In a way, diplomacy can be understood as the practice of managing relationships with other countries. So, it is essential in international relations, as a whole.

What Does Diplomacy Involve? 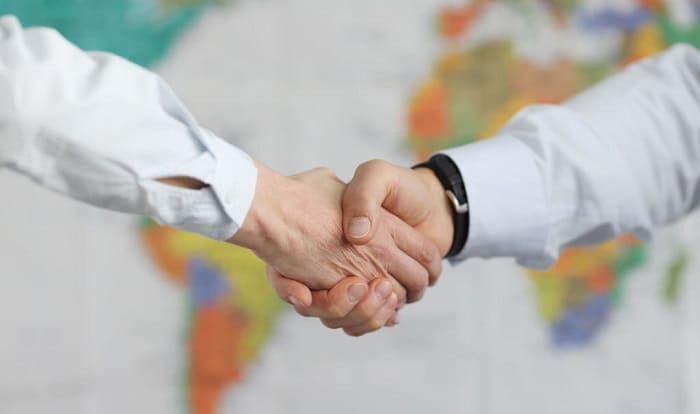 It can include negotiations, proposals, letters, and other forms of communication exchanges. In addition, there can be political, economic, and military means utilized.

This would involve a commission of diplomats convening to hear the different sides of an issue. Then, they would come to a consensus (a sort of ruling) based on the general protocols and principles of international law and justice.

This refers to international conferences convening. Although there are few official ground rules or formal international law applications, all the parties involved are expected to abide by protocols and principles of international logic and fairness.

Countries can also convene official negotiation procedures to resolve a specific dispute and/or issue. Just like with conferences, there are no established rules, only general precedents and principles that help set the overall course.

Two examples are the Camp David Accords in 1987 by President Jimmy Carter that led to the Egypt-Israel Peace Treaty and the Treaty of Portsmouth by President Theodore Roosevelt that resolved the war between Russia and Japan.

Other Types of Diplomacy

This refers to making concessions to an aggressor to avoid confrontation. However, this was only a past tool. It has been “disqualified” as a diplomacy tool since it failed to prevent World War 2.

This refers to diplomats being employed at tactical and/or operational levels to advise local commanders, interact with local leaders, and help governance efforts, functions, and reach of a government. Normally, diplomats are outside traditional embassy environments and accompanied by military or peacekeeping forces.

This is when aid or other types of economic policy is used to achieve a diplomatic agenda.

This is when a country implies or constitutes a direct threat of warfare to achieve an agreeable resolution. It can be deemed a form of hegemony.

This is when a set of activities is taken to intervene when humanity is threatened. Examples of activities are negotiating the presence of humanitarian organizations to negotiating access to civilian populations that require protection.

This is when military relationships are used as the basis for further connections between countries. It is usually carried out by representatives of a country’s Defense Department and is well-recognized along with the buzzwords “military foreign policy.”

This is when the migration flow between countries is used as the foundation for resolution. There are two types: coercive and cooperative.

This refers to exercising influence via communication with the general public in another country. Here, communication can be in the form of propaganda, citizen diplomacy, or digital diplomacy.

This refers to influencing through secret negotiations or by refraining from taking a certain action. This is usually used when an intervening country has no alternative means to influence or wants to avoid specific outcomes.

This is when scientific (including other research-based, technical, engineering and academic) collaborations to address common problems and build constructive international partnerships are used.

This refers to gaining influence through cultivating respect, admiration, and/or relationships. It utilizes non-state, culturally attractive factors, like a country’s entertainment and music industry, that may rally sympathies.

As you have read, diplomacy allows countries to negotiate and communicate to resolve an issue. In doing so, they can sustain good relations with each other. On the whole, this ensures peace, security, and stability. Thus, diplomacy is the best approach in times of conflict, such as war, and now, you know the answer to, “Why is diplomacy often preferred over the use of the military to settle foreign policy disagreements?”

If you found this article informative and interesting, please leave us a comment. Help us share this with other readers as well!