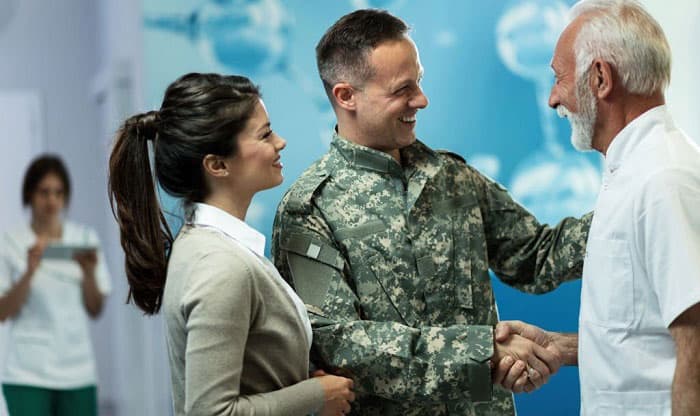 This year’s national defense budget is 768.2 billion dollars. That’s a lot of money.

It is even higher than the budget for healthcare and education — two seemingly very important aspects in society.

With that much money dedicated to the military, it is presumed that the military is considered something very important to society. But why exactly?

This article will provide some information for you to answer, “Why is the military important to society?” While this is not an ‘importance of army in a country essay’, we will cover:

To start, let’s brief over what the military is in the U.S.

The U.S PHS Commissioned Corps and NOAA Commissioned Officer Corps are the other two U.S uniformed services. The military has a total of eight.

It is headed by the commander in chief, which is the President of the U.S. Currently, this is Joe Biden. Together with the Department of Defense (DoD) and Department of Homeland Security (DHS), Biden forms military policies.

The Military’s Importance in Society 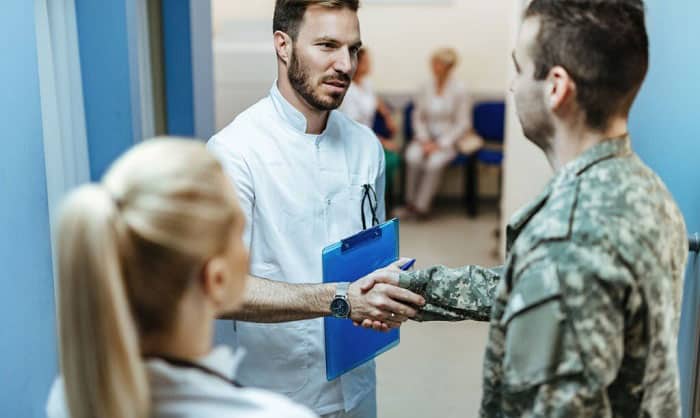 Now, onto the importance of the military:

Why do we need a military?

Since its inception, the military has contributed to forging a sense of national unity and identity. It is, therefore, a decisive component of U.S patriotic culture; there is an undeniable relationship between the military and society.

The key role of the military in the U.S is maintaining peace. It safeguards the well-being of the nation as a whole and more specifically, the American citizens within the nation.

This peace brings about stability, which, in turn, entails many other beneficial things for the U.S, such as:

The military preserves the open gates of global commerce and finance for the U.S economy. This is the first reason why it is so important in society. By maintaining the trading lanes and overall maritime system, it ensures the U.S continues to grow economically.

The U.S partners with a lot of countries strategically. Part of securing and retaining these allies is providing military assistance (when necessary). In other words, the U.S military has its allies’ backs. The U.S’s “friendships” with these other countries typically reward them economically.

Here are three examples of such rewarding relationships:

The U.S and Canada’s military collaboration can be traced back to the World Wars. Since then, the close ties entailed lucrative trading. Roughly 75% to 85% of Canadian trade is with the U.S. Plus, Canada is one of the U.S’s main suppliers of oil.

The UK and the U.S share the biggest foreign direct investment partnership in the world. Hence, the UK-U.S alliance is very critical in terms of both countries’ economic prosperity. Many Britons visit the U.S every year, and they always spend a lot of money. This means a lot of money goes to U.S tourism annually.

The U.S has been a trade partner with Saudi Arabia since the beginning of the 20th century. The nation supplies the U.S with thousands of barrels of petroleum every year. The U.S also exports a lot of its goods to Saudi Arabia, such as cars, planes, helicopters, spacecraft, aircraft parts, etc.

In June 2006, the U.S and Malaysia committed to a bilateral free trade agreement (FTA). Since then, the nation has always been among the U.S’s top trading partners. Annual bilateral trade typically averages around $50 billion.

The U.S’s immense economic negotiating power with both allies and adversaries is not naturally bestowed. It is the result of the U.S’s huge military force.

The U.S is said to have one of the most powerful militaries in the world. This consequently gives it leverage and “more say” in global discussions, especially those concerning monetary, currency policies, and trading.

Since the state of the economy directly affects society, it is safe to assume that the military plays a crucial role.

The need to maintain a powerful, leading military (aka. a military that wins) entails that the U.S has to keep moving forward in terms of technology and diplomatic and intelligence collection.

As such, the existence of the military alone plays a role in instilling continuous advancement.

This is also prompted by the fact that other countries depend on its protection and the security assistance programs it provides. Essentially, it drives Americans forward and in effect, acts as a growth mindset installer on the country in general.

The military is one force behind the U.S’s successful public diplomacy. Why is this important? Well, public diplomacy helps facilitate actual cooperation across national borders and lines. It solidifies relationships and leverages the U.S image and approval in the eyes of foreign citizens. This is important for the U.S politically, economically, and socially.

A Few Other More Direct Impacts of the Military on Society 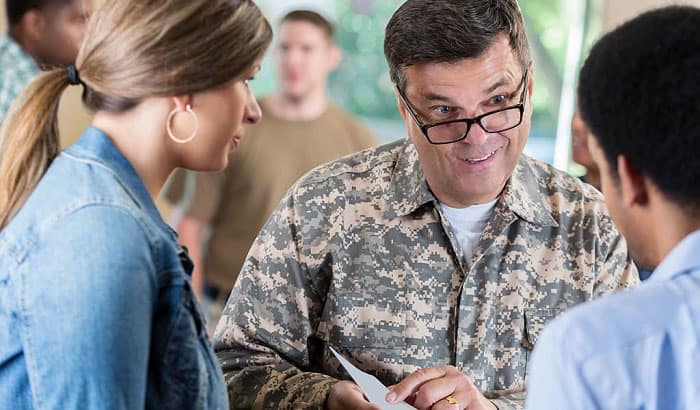 The military’s Army Corps of Engineers:

The Army is also often first-responders in crisis cases, such as fires and natural disasters.

The US Navy, Marine Corps, and Coast Guard ensure the seas are open and free so trading can happen. They also counter global piracy, and subsequently, keep the cost of goods from surging.

You may find this surprising, but the Air Force provides us with the accurate weather prediction we need.

They operate a 6-satellite constellation (Defense Meteorological Satellite Program) that provides local meteorologists forecasting so we can have warnings about serious weather ahead of time.

In addition, Air Force research leads to revolutionary innovations such as lasers and drones, also known as unmanned aerial technology. These, in turn, assist the U.S in terms of border security, storm prediction, and farming. They have expanded the drone market to reach $8 billion in 2020.

As with the Army, the Air Force is more than often the first responder in disasters. The branch is a homeland and global disaster relief responder.

Finally, they safeguard the U.S’s airspace by escorting planes and passenger jets as well as going on protective patrols.

So what do you think? Why is the military important to society? Comment your takeaway down below. We would love to hear about your thoughts and opinions.

Why else do you think the military is important to society? Also, please help us share this article with other readers, such as your friends and family members!