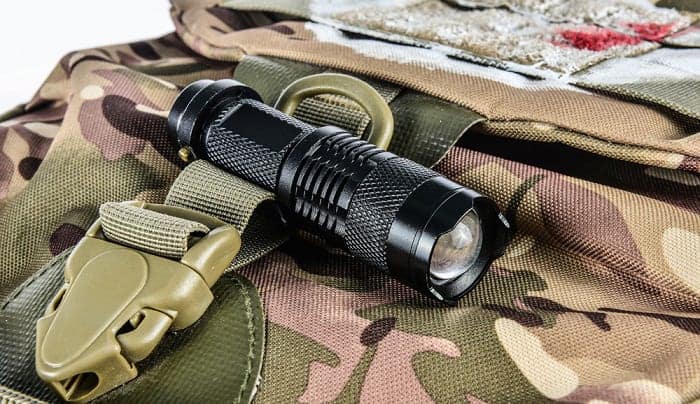 The tactical flashlight is a rugged flashlight that can deliver different levels of brightness, depending on its design, size, and intended use.

The intense output of these unassuming handheld lights makes them useful beyond just lighting up dark areas. It’s why they are used in tactical applications, search and rescue, and even in self-defense in the right hands.

But how many lumens for tactical flashlight do you actually need? In general, 300 to 1000 lumens should be enough. But in some cases, lumen is not everything. Read on to learn more. 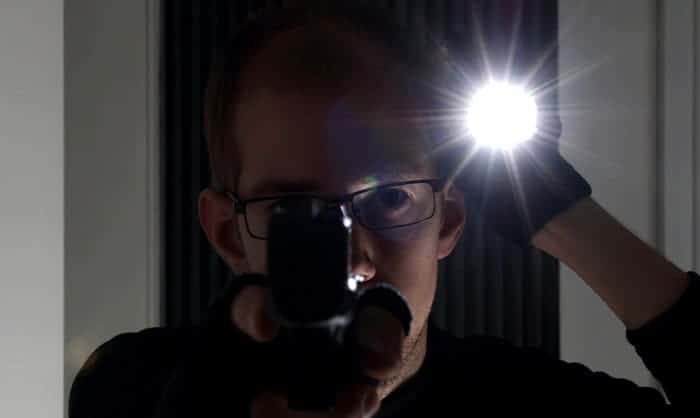 Now, the main focus of this article is figuring out how many lumens you need for your tactical flashlight.

But if you’ve shopped around for a tactical flashlight recently, you’ve probably also noticed manufacturers use “candela” and “lux” to help describe the performance of their flashlights. As it turns out, all of these terms refer to measurements of light output; so what makes them different?

To answer that, we need to first understand how a flashlight puts out light. In a traditional lamp, the bulb (the part that glows when you pass electricity through it) shoots out light in all directions. A flashlight, however, has a reflector that cups around the bulb, focusing the light that it emits into the cone-shaped beam that we’re all familiar with.

How the bulb and reflector assembly is designed affects the way the light reaches a given target, and from here we can get a better understanding of the different kinds of light measurements.

The candela is the unit of measurement that describes the intensity of a light source—or in simpler terms, its brightness.

The lumen, meanwhile, describes the luminous flux of a light source, or how much light is being produced.

Finally, lux is the measurement of illuminance, or how much light falls on a given area—this is defined as 1 lumen per 1 square meter.

Now, reading these definitions this way can be quite confusing, especially if you aren’t familiar with what the terms mean. An easier way to understand this would be to think of a flashlight like a water hose. In this analogy, candela is parallel to water pressure, lumens is parallel to flow rate, and lux is the amount of water that hits a given area at a certain distance. 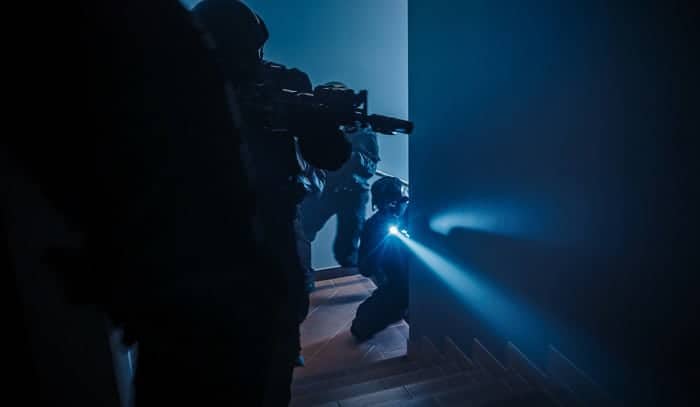 So why did I give you a crash course on how light works? Well, it’s because these light measurements are all important factors when looking for the best tactical flashlight for you.

One way we can illustrate this is with the ANSI FL1 standard. ANSI FL1 is an industrial testing standard for flashlights that allows consumers to easily compare the performance of flashlights from different manufacturers. The standard tests various characteristics of the flashlight, from its light output to its water resistance; but for this article we will be focusing mainly on the lighting aspect.

The FL1 standard measures a tactical flashlight’s lighting performance based on three main aspects. These are:

Now, why is all this important? This is because lumen isn’t everything when it comes to a tactical flashlight. Without the right understanding, it can be very easy to get caught up in the numbers advertised on the box. And before you know it, you have already bought a flashlight that isn’t fit for the work that you want to do with it.

Picking your flashlight all comes down to the kind of beam that the light produces. In general, tactical flashlights will be designed to produce one of two (or in some cases, even both) kinds of light beams: spot beams and flood beams.

If we take two flashlights with the exact same lumen output, the spot beam will have a higher candela measurement and a higher beam distance. This is because of its tighter and more focused cone of light.

The flood beam, meanwhile, will have a lower candela rating and a lower beam distance. But because the cone of the flood beam is wider, it can illuminate a much broader area.

How Many Lumens for Tactical Flashlight

So with this in mind, how many lumens do you really need for your tactical flashlight? The short answer is the range that I laid out at the beginning of this article—a tactical flashlight with an output of 300 to 1000 lumens should be more than enough light for most situations.

The long answer, though, is a bit more nuanced. As I explained in the previous section, the number of lumens of a tactical flashlight isn’t everything. It is just as important to consider the kind of beam that the tactical flashlight puts out and match that to the tasks you plan to do with it.

For example, if you want to use your tactical flashlight for camping, mechanical work, or as an emergency light, you would want the broader illumination that a flood beam would provide. On the other hand, spot beam tactical flashlights are great for search and rescue applications thanks to their better beam range, and the increased intensity makes spot beam lights more effective for self-defense use.

I hope this article has shed some light on the intricacies of how flashlights work and how many lumens for tactical flashlight you need. If you enjoyed reading this or have any insights you would like to share, let us know in the comments section.

Thank you very much for reading!