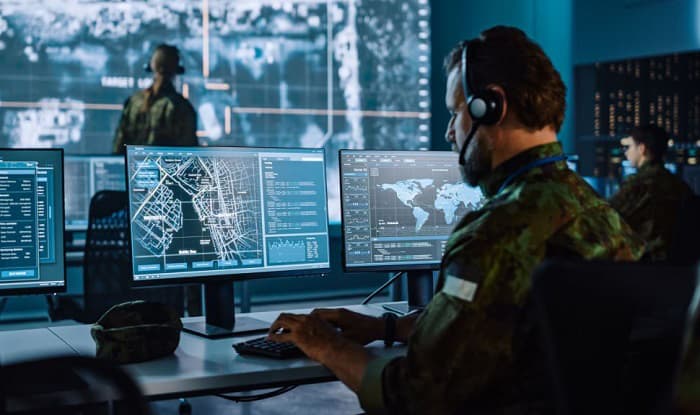 Technology is an integral part of the military, as it directly affects military strength. Hence, as advances emerge, the military also evolves. In what way have technological developments changed the nature of military force exactly?

The short answer: what the military uses to fight, the way they fight, and where they fight.

Regarding the use of technology in the military, there is a lot to explore. But today’s article will focus on how technology changed warfare. We will look through the Revolutionary War, Civil War, World War I, World War II, Korean War, and Vietnam War. 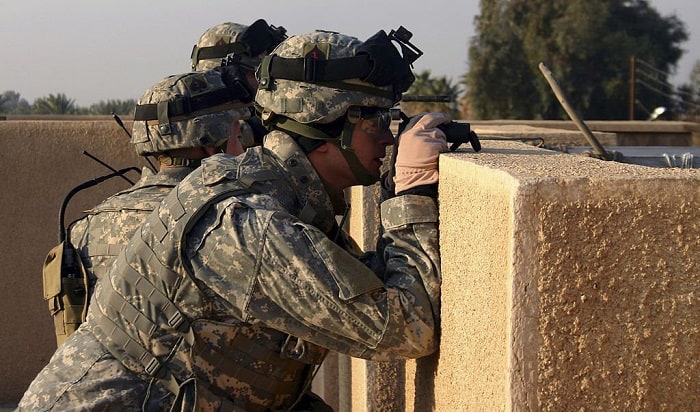 Most battles were on land, and the primary weapons were muskets, rifles, bayonets, artillery (such as cannons, mortars, howitzers), etc.

Muskets and rifles were not very accurate, so soldiers focused on speed and fired them in volleys instead. They would line up in two or three rows and take turns shooting (as many as possible) and reloading.

Specifically, the front row soldiers would fire, then drop down to one knee to reload while the second row would “fill in” and fire. For this to work, however, the two sides would have to be in close range.

This tactic was different from the 18th century, where soldiers ran at one another.

When these volleys broke holes in the enemy line, soldiers with bayonets would charge forward into hand to hand combat. Bayonets were sharp blades of metal. They were roughly 17 inches long and connected to muskets.

Cannons on wheels made of cast iron or bronze fired large projectiles. They were “wheeled” into position by teams of soldiers, then “wheeled” back (away from position) after firing.

Mortars fired shells high up into the air. These shells would fly right past defenses and rain shrapnels on the enemy. They were built on flatbeds, where elevating wedges raised them to point upward.

Howitzers were mortar and cannon hybrids. They fired cannonballs and bombs at a high trajectory or flat trajectory. 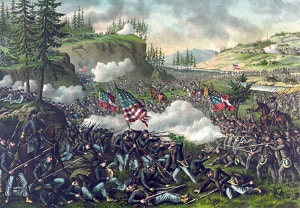 Just like how technological innovation impacted the war 80 years ago (the Revolutionary War), advances made the Civil War deadlier. Weapons were able to cause more damage and they did this faster, too.

Muskets were no longer used though rifles still stuck around. The rifles were upgraded, allowing soldiers to shoot further away and reload easily and more quickly.

There were also new repeater rifles. These fired multiple bullets, unlike the old ones that had to be loaded again after each shot. Some rifles were able to get 7 shots off in 30 seconds!

Artilleries were improved with Lemont DuPont powder development. They were more reliable, providing enhanced firepower and accuracy. So, soldiers were able to stay a bit further away from one another.

But, different from the Revolutionary War, Civil War battles were also fought on water. The innovation of steam power brought about Ironclads (warships) that were superior to traditional ships. 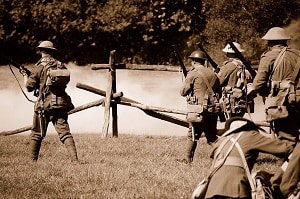 During this time, there were tanks, planes, and gas advancements. These led to even more brutal warfare and widespread effects. A notable technology that impacted the war was the trenches. They were made to offer soldiers more protection, but also shifted the style of combat from volley firing to trench warfare.

Another major innovation was heavy-caliber machine guns. They were used in defensive positions as they were heavy and difficult to move. But they rained up to 600 rounds of bullets, making it possible to kill in mass.

In the past, aircraft were used to identify and relay information about enemy positions. However, as they were made better and better, machine guns and bombs were added to convert them into “fighters.”

Tanks, like aircraft, were continuously improved upon throughout the war. Effective tanks, thus, resulted in tank-to-tank battles.

World War II moved away from trenches. Rather than hunkering down in set lines, soldiers took cover in shell craters and fox-holes.

In addition, there were more means for soldiers to arrive at the battlefield. They have motorized vehicles, railways, and airplanes to choose from (aside from feet, like in the past). Hence, the war saw casualties a lot quicker. The fighting scope was also enlarged.

The Americans had auto-loading rifles. This allowed them to be more efficient in engagements. Airplanes were also greatly improved. They were able to hold more machine guns and bombs to drop and demolish strategic locations. Upgraded naval carriers provided mobile airfield planes, so fighting between islands was possible.

Nuclear technology also changed this war. It was used to make the atomic bomb, which was dropped on two Japanese cities Hiroshima and Nagasaki, killing 80,000 and 70,000 people, respectively, and leaving damage that still remains today. 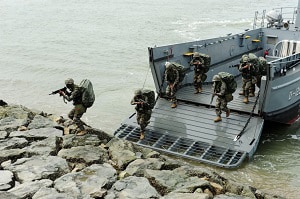 At this time in history, jet planes were considered impressively modern. They had been made to be so powerful for combat that there were large-scaled jet to jet battles. In fact, the war happened mostly in the air.

Soldiers on the ground supported those in the air by directing airstrikes. This was, in part, possible with new radar-controlled bombing equipment.

Those on their feet needed protection from bomb fragments and shrapnels. So, body armor was greatly enhanced, as well. 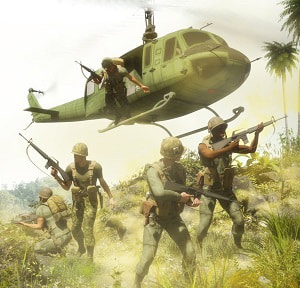 Helicopters played a large role. They were able to maneuver and drop soldiers into rough terrain, which characterized the war in Vietnam.

Bombs were also significant. Many types were used, including Napalm bombs and cluster bombs.

Napalm was not invented during the Vietnam War, but it was a defining feature. It is a gel-like gas that is highly volatile. Soldiers used it to kill by burning or asphyxiation.

Cluster bombs are bombs with smaller bombs inside. They explode and saturate an enemy’s position.

The use of bombs meant that soldiers could attack the enemy without getting too close. 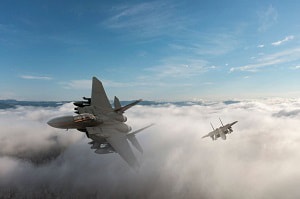 The advancement continues to be weapons installing new power, accuracy increasing, etc. Though there are also other emerging territories.

Here is a sample photo of a stealth high tech futuristic armor from the U.S and other countries:

Today, unlike warfare technology shifts (i.e., using heavy artillery instead of machine guns) in the past, advancements have made it possible to “fight remotely.”

Examples of “remote-permitting” technologies include drones, missiles, and space warheads.

There is a focus on autonomous technologies with robots and vehicles to decrease the loss of life in future wars and a general emphasis shift to information technologies.

Many people predict that wars in the future will be of a cyber and hybrid nature, where there are network and media attacks.

After reading the information we have curated in this article, you should have an idea of, “In what way have technological developments changed the nature of the military force?” But to recap, technological advancements changed what people used to fight, the way they fight, and where they fight.

And as a result, from the Revolutionary War to the Vietnam War, the evolution of technology and warfare resulted in more brutal casualties and losses.

If you found this article informative and interesting, please leave a comment in the section below. Also, if you think this can be of benefit to someone, help us share it with them. Thank you!