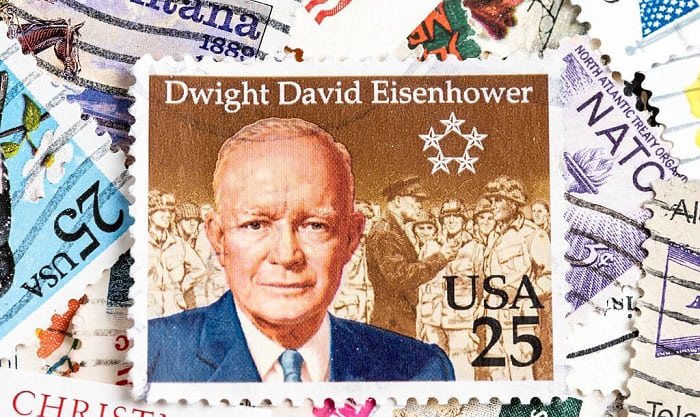 What two important military appointments were given to Eisenhower? The short answer is Commander of (SHAPE) Supreme Headquarters Allied Expeditionary Force and Commander of (SACEUR) Supreme Allied Commander Europe.

But there is more detailed information that is worth uncovering. So, continue reading.

Who is Dwight D. Eisenhower? 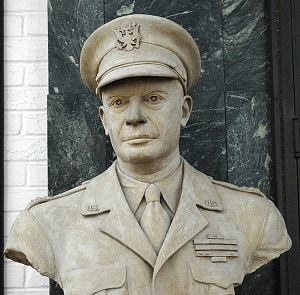 What War did General Eisenhower Fight In? – Brief of Eisenhower’s Military Career

Eisenhower took the oath as a cadet in 1911 at the U.S Military Academy at West Point. Upon graduating in 1915, he was commissioned as a second lieutenant in the U.S Army.

Eisenhower was assigned to Fort Sam Houston in the 19th Infantry Regiment and entered World War I on the Continental side.

Eventually, he became brevet lieutenant colonel and commanded a unit in the National Army. His unit drilled tank crews at Camp Colt at “Pickett’s Charge” on the Gettysburg battleground.

He was awarded a Distinguished Service Medal but was disappointed that he missed out on the warfront and combat duty.

Following the war, Eisenhower returned to his regular captain rank, but was promoted to major a few days later. From there, he had several assignments (to name a few): 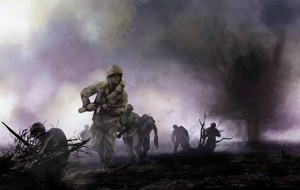 Eisenhower’s command in WWII was not the end, though.

2. After the World Wars

All his actions echoed the new American view that Germans were Nazi victims and the villains were just the ex-Nazis.

The SHAEF is the headquarters of the Commander of Allied Forces in Northwest Europe. It was founded in 1943 and remained active until 1945.

It commanded formations on the Western Front with various forces, including the American and French Army of Liberation and the British and Canadian Army. In addition, SHAEF commanded Allied airborne forces and two tactical air forces. More specifically:

Dwight D. Eisenhower, then General of the Army, assumed the most senior position of SHAEF: Supreme Allied Commander. In this position, he planned and led many invasions, including that of Normandy in France. Today, we look back at it as “D-Day.”

He was charged in these positions with planning and carrying out the Allied assault on the coast of Normandy in June 1944 under the code name Operation Overlord, the liberation of Western Europe and the invasion of Germany.

Eisenhower’s appointment was the result of a stable military ascent, starting with his command of all US troops in the Second World War European theater in 1942.

This is the North Atlantic Treaty Organization’s (NATO) Allied Command Operations (ACO) commander. It is based in Casteau Belgium. Within NATO, SACEUR secures the second-highest military position in terms of precedence. Hence, it is just below the Chairman of the NATO Military Committee.

Eisenhower became SACEUR’s commander in December 1950. After assuming this role, he activated the Supreme Headquarters Allied Powers Europe (SHAPE) and formed a separate staff. He was in office for about 1 year.

During this time, he was also authorized by President Harry Truman to command all of the US forces in the theater.