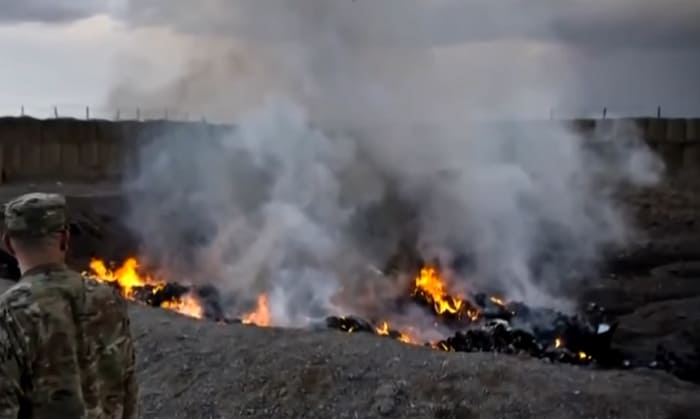 If you have been keeping up with military news, you will surely find the PACT Act or Promise to Address Comprehensive Toxics Act​ familiar. Most headlines mention “burn pits.” But if you are not aware of what these are, you will miss out on the key benefits of the act. So, find the answer to “What are military burn pits?” in this article.

Luckily, the definition is straightforward. A burn pit in the military is an area for waste to be disposed of by burning. However, aside from the burn pits meaning, there are other things worth uncovering about this topic. So, read on to find out.

A Detailed Dive Into Military Burn Pits in the US 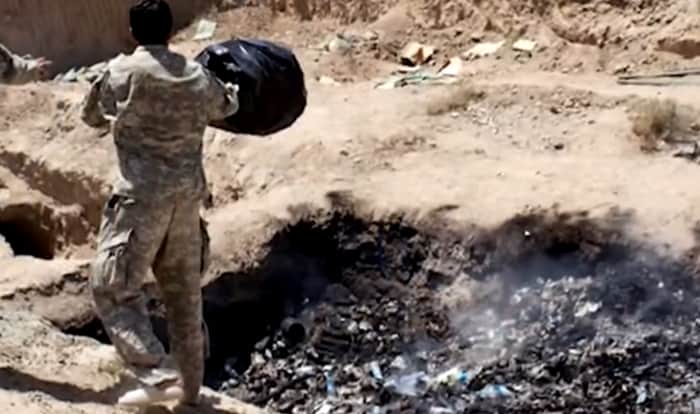 Burn pits, as stated earlier, are waste disposal areas. A burn pit in the Army can dispose of waste in four ways: burials, tactical burials, landfills, and incinerators.

Even so, as suggested in the name, burning (incinerating) is the most common waste disposal method.

When Were Military Burn Pits Used & Where?

US military burn pits were used commonly in Iraq and Afghanistan until the mid-2010s.

A well-cited example is the burn pit operation in the largest US base in Iraq: Joint Base Balad / JBB. In the late summer of 2008, the base burned 147 tons of waste per day. The pit itself spanned 10 acres, and each person at the base was estimated to have produced between 3.6 and 4.5 kilograms of waste per day.

Other countries that used to have US military burn pits include:

Here is a screenshot from a news coverage of a burn pit in Afghanistan:

What Are Some Common Items Disposed of in Burn Pits?

In general, any rubbish collected on military bases is disposed of.

Some items, like chemical mixtures and medical wastes, are rather dangerous if not disposed of properly. Plastics and rubber, when burned, are also harmful. They can release toxic smoke that has been linked to rare cancers.

Why Is Burning Waste in Burn Pits Dangerous? 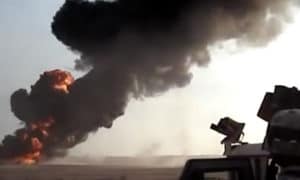 First, burning waste in pits creates clouds of thick and dense black smoke and releases toxins into the air.

Though not exhaustive, here is a list of identified pollutants in burn pits:

Second, burn pits use jet fuel (JP-8) as an accelerant, but it contains a carcinogenic component: Benzene.

That being said, burn pits exposure can entail short-term and long-term health issues. It could be worse if a service member had preexisting problems, such as asthma.

The US Veterans Affairs pinpoint these specific cancers, though they still have not formally acknowledged them as military burn pits cancers:

Apart from those in the military, pollutants from burn pits can negatively impact locals in the area. Since they cannot leave like troops, they are also bound to face the after-effects.

On that note, what is the Veterans Affairs Airborne Hazards and Open Burn Pit Registry?

It is a department established in 2014 to collect information about service members’ and veterans’ burn pits exposure. Service members and veterans can complete the registry questionnaire to report hazards. Between April 2014 and December 2014, some 30,000 surveys led to a report highlighting:

You can access the registry questionnaire at veteran.mobilehealth.va.gov/AHBurnPitRegistry/. You will need your DoD DS-Logon. If you do not already have one, apply for an account at www. dmdc.osd.mil/appj/dsaccess. After completing the questionnaire, you are entitled to an optional in-person medical evaluation, at no extra cost.

Does the US Still Use Burn Pits?

The Department of Defense has not officially banned burn pits. But the use of burn pits has scaled back significantly. At least 9 burn pits were still active in the first quarter of the 2019 fiscal year. In that report to Congress, the Pentagon admits the danger of incineration in the burn pits. Still, claims that it is sticking to act during deployments because local commanders cannot find suitable alternatives.

Is There Any Improvement? What is the US Doing About Burn Pits?

Since 2010, the government has been taking measures to minimize the effects of burn pits exposure and in doing so, protect US service members.

In particular, there are policy changes to manage burn pits better and to restrict exposure.

Now, burn pits are supposed to:

And some other notable legislative responses are:

Is It Possible To Get VA Disability for Burn Pit Exposure?

Possibly. The VA does recognize that exposure to burn pits can cause severe health problems. You can file a claim for compensation and benefits if you were exposed to toxins from burn pits, but you will need to prove that you have one of the following to be eligible:

How Much Can You Get?

According to vetshq.com, Burn pit compensation can range from $1,500 to $39,000 a year, depending on your determined VA disability rating.

As you have read, the answer to, “What are military burn pits?” is straightforward. A burn pit is simply an open area for waste to be disposed of by burning.

Examples of discarded waste are chemicals, paints, metal and aluminum items, human and food waste, plastics, rubbers, wood, etc. It was very common up until the mid-2010s.

Exposure to burn pits is hazardous, especially if the person being exposed has existing health concerns. It is linked to many health problems, including rare cancers.

Today, both the military and government recognize the ‘pitfalls’ of these burn pits. The (PACT) Promise to Address Comprehensive Toxics Act of 2021 addresses the needs of sick and disabled service members, particularly those exposed to burn pits.

Hopefully, this article has been informative and interesting. Since there was a lot of information, you are welcome to bookmark this for future reference. Leave any thoughts and questions in the comments down below. And help us share this with other readers, like your family and friends, as well!