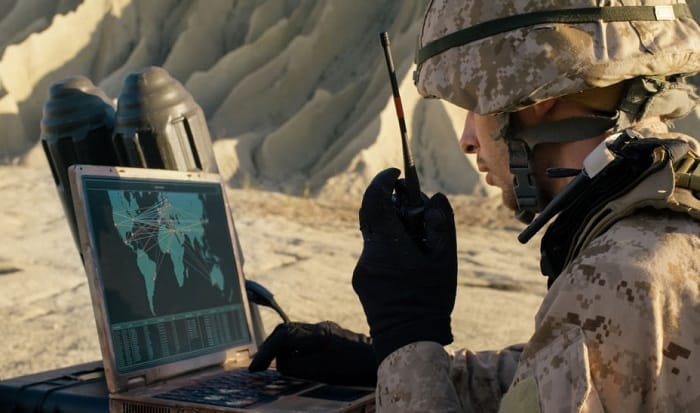 The topic of military reconstruction is interesting but abundant. One of the queries that you may have about this is “What was the point to establishing military districts in the South during reconstruction?”

Long story short: military districts during reconstruction were put up for election supervision and the start of new state governments. For more detailed information on the Reconstruction of the South, read on! 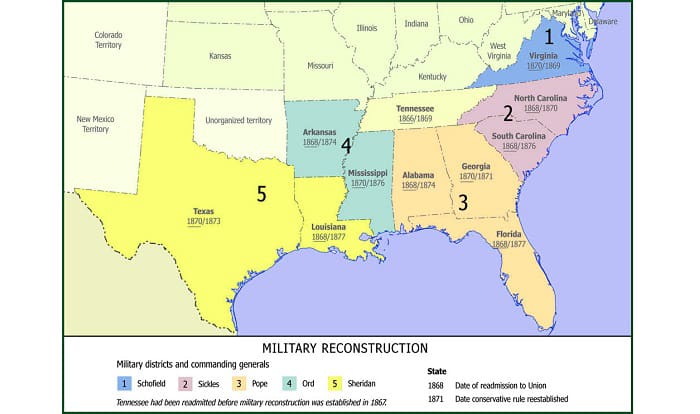 “Reconstruction” or “Civil War Reconstruction” refers to when the Military Reconstruction Acts of 1867 was passed to divide the South into five distinct military districts. This became the basis for how new governments would be set up.

Before this, in 1866, many Americans criticized that the Union was not reconstructed fairly and the ruling class had too much power.

This was mostly the Republicans. They wanted to “punish” the South. Even though the act was vetoed by the President at that time, the Republicans made up two-thirds of the majority in both houses and overrode the vetoes.

Moreover, the freedom “set aside” for black Americans was not enough despite the Presidential Reconstruction, which was supposed to make secession illegal and end slavery.

An elected Republican Congress pushed for the Reconstruction Acts of 1867, which included a “Radical Reconstruction” plan that featured:

With these new “laws”, the division of the South can stop unbalanced power in the ruling class and ensure more adequately designed government states.

The First Reconstruction Act was passed on the second of March in 1867. The five reconstruction military districts were:

The only state that seceded but was not a part of the military reconstruction was Tennessee. This was because it had already ratified the 14th amendment and was readmitted to the Union.

This was the smallest of the five military districts. From 1867 to 1868, it was commanded by brigadier general John Schofield; then by colonel George Stoneman between 1868 and 1869, and finally brigadier general Edward Candy from 1869 to 1870.

This district was first commanded by General Daniel Sickles until he was replaced towards the end of August in 1867 by brigadier general Edward Canby. Canby commanded until both North and South Carolina was readmitted to the Union in July 1869.

This base was headquartered in Atlanta. The original commander was General John Pope. In December 1867, he was replaced by General George Gordon Meade, who served until August 1868 when Alabama and Florida were readmitted.

General Alfred Terry commanded from December 1869 until Georgia was readmitted and the 15th amendment was ratified.

This base’s headquarters was in Vicksburg. Its first commander was Edward Ord, who served alongside Alvan C. Gillem. At a later time, Adelbert Ames assumed command.

The first military governor for this district was general Philip Sheridan. He was followed by Charles Griffin, and later, Joseph J. Reynolds.

Following the end of military rule and the readmission to the Union, the Conservative Party regained dominance in the state legislature, and there was the rise of the Ku Klux Khan.

Now, you know the answer to “What was the point to establishing military districts in the south during reconstruction?” Hopefully, this was helpful. Did you pick up the information that you need? Let us know below! Also, feel free to leave any questions in the comments.