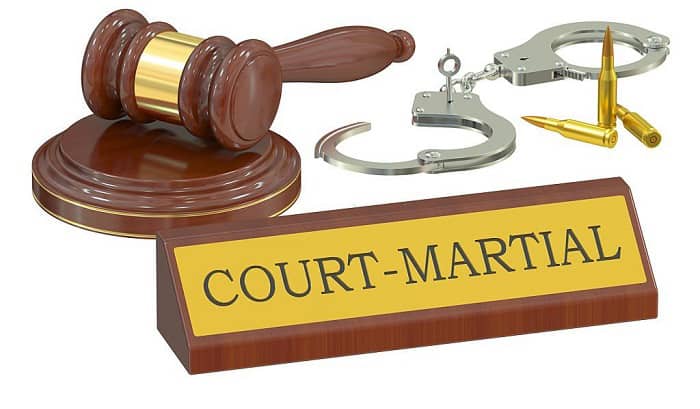 When someone in the military violates the law, under the Uniform Code of Military Justice, they can be subjected to a court-martial. But what is a military court-martial? Are there types? How do you get one, and what happens when you are court-martialed? Find everything there is about this in our article below. 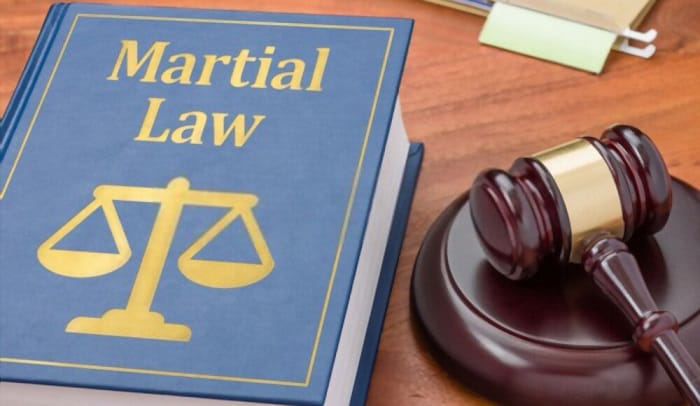 To start, let’s briefly go through what the Uniform Code of Military Justice is.

The UCMJ is the military law’s foundation in the U.S, established by Congress, in accordance with the Constitution. In essence, it is a set of “codes” that dictates military justice, and this justice is for all men and women in uniform, regardless of where he or she is stationed and whether he or she is on or off active duty.

Court-martial can be understood as a legal proceeding for military personnel. Thus, the civilian equivalent to it is a court trial. It is typically for severe criminal offenses, such as felonies. Other typical crimes heard are desertion, insubordination, cowardice, fraud, theft, assault, and murder.

For “not-as-serious” criminal offenses or violations of the military decorum, military personnel will face an NJP instead. This is an abbreviation for non-judicial punishment. It is sometimes also referred to as Article 15, Captain’s Mast, or Office Hours across the services.

There are three types of court-martial, as designated in the UCMJ — Uniform Code of Military Justice. The types are summary, special, and general. They differ in the judge and jury make-up, the type of offenses considered, and the punishments given.

This type of court-martial involves one commissioned officer as the judge and jury. The accused is able to cross-examine witnesses, call witnesses, provide evidence (in their favor), and testify or remain silent. They can hire their own attorney, but cannot avail of a free military one.

Generally, a summary court-martial results in 1-month confinement sentences along with tough labor, rank reduction, and forfeiture of pay.

This type of court-martial will see a panel of up to three members and a military judge. Or, if the accused requests, he or she can be tried by a single military judge. In addition, enlisted members can request the panel to include at least 1/3 of enlisted personnel.

Special court-martials typically address misdemeanors and can be subjected to anyone under the UCMJ, such as enlisted members, midshipmen, and officers.

Punishments imposed at a special court can essentially do anything, except death. Tough labor, pay a forfeiture, up to 1-year confinement, dismissal, a dishonorable discharge, to name a few.

Enlisted personnel can be dropped to the lowest pay grade, but guilty officers cannot be reduced in rank or discharged.

The accused is able to be represented by a free military attorney but they also have the option to hire a civilian lawyer on their own.

A general court-martial is the highest level of the trial court and the most serious. Usually, there will be a military judge, trial counsel, defense counsel, and six to eight court members. Prior to the case, a preliminary hearing abiding by Article 32 in the UCMJ must be conducted (unless it is waived by the accused). The accused can request a trial by just the judge, except when there is a possibility for a death sentence.

General court-martials are often deemed felony courts. Enlisted members, midshipmen, officers, and essentially anyone subjected to the UCMJ can be tried. They have the right to a free military attorney or hire their own. Punishments can be anything permitted by the UCMJ, even death.

If an offense breaches the UCMJ, the criminal law of a state, and other Federal law, or all 3, then it must be decided which jurisdiction will be responsible for the prosecution. In most cases, the chief military lawyer will communicate with the designated civilian authorities to make the call. If the accused is tried by court-martial, there is still a possibility of trial by another jurisdiction.

Although under the U.S constitution, a person cannot be tried for the same offense by a federal court and a court-martial, criminal prosecution in federal and state courts is allowed.

Note: In any case, as much as possible, efforts are made so that court-martial jurisdiction is exerted over military members and others subject to the UCMJ.

When do military members appear in civilian courts? Whenever a military member commits a crime or violates a law outside of their duties, they are subjected to civilian justice.

Can civilians be tried at military court-martial? Yes, but only in special scenarios:

When martial law is declared, military authority overpowers civilian rule. Consequently, military leaders take the charge to implement peace and order. This can include issuing arrests and trial proceedings for offenders.

The UCMJ also covers civilians serving with, employed by, or accompanying the service without the continental limits of the country (except in the Panama Canal Zone, Hawaiian Island, Puerto Rico, and Virgin Islands). Thus, civilian employees in any of 8 uniformed service branches may be subjected to a court-martial.

Prisoners of war can be tried at court-martials for war crimes. This is articulated in the Geneva Conventions – an internationally recognized treaty. 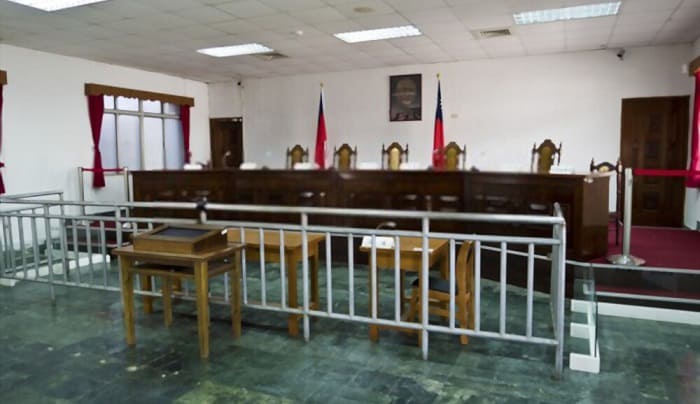 Let’s get one thing straight: this is a lengthy process.

How long does a court-martial trial take?

By now, you should know the complete answer to, “What is a military court-martial?” To recap, it is a legal proceeding, like a civilian trial court, for military personnel. It applies to anyone who is in uniform, regardless of where they are and if they are on active or non-active duty.

Hopefully, you have picked up valuable information for our article. If you think this is useful, do share it with other readers! Thank you for reading!