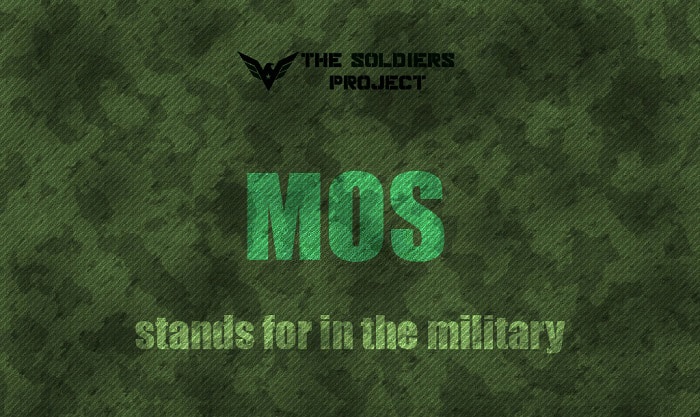 MOS is a term that you will surely come across when reading or watching content regarding the military. If you do not know the answer to “What is MOS in military?” You can find out by reading this article. We will tell you what MOS stands for in the military and other relevant information. So, make sure you read until the end.

In short, MOS is an abbreviation for military occupational specialties. This essentially refers to jobs or positions that are available in the military for service members. But for more details, continue to read! 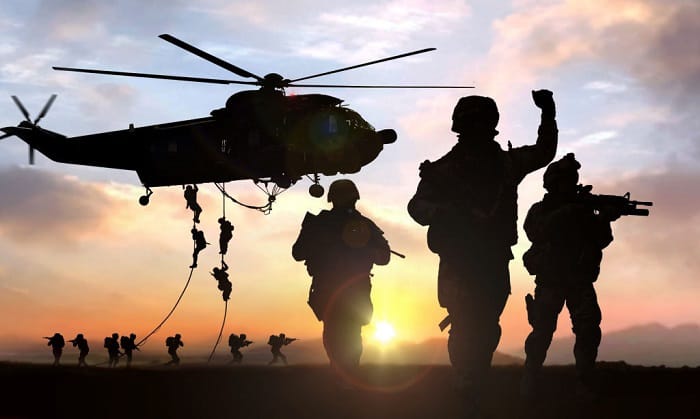 As mentioned briefly earlier, MOS is short for military occupational specialties. This means that military MOS are the roles or jobs available for service members. There are more than 10,000 different “MOS” across all military branches.

A good way to understand MOS is to see it as a college major. Some MOS indicates a particular skill set, while others are more general. There are MOS that are military-specific, but there are also MOS that already exist in the civilian world, like logistics, administration, maintenance, information technology, healthcare, etc.

Each specialty has a military code number. In the U.S Army and the Marine Corps, the code consists of nine characters. In the U.S Air Force, there is a separate Air Force Specialty Codes system. The U.S Navy has a Naval Rating system as well as a Navy Enlisted Classification system. The U.S Coast Guard, like the other branches, has its own rating system.

Specialties can be grouped into branches or fields. In that case, they are referred to as career management fields or CMFs. Specialties that are in the same group share the first two code numbers. Then, there is a letter, which specifies the assigned job.

Each service member can have multiple job specialties. Therefore, there is a DMOS or duty military occupational specialty to identify a person’s primary job.

In order to enlist, applicants must pass the ASVAB or Armed Forces Vocational Aptitude Battery. This decides if an applicant is qualified and helps determine the MOS that the applicant suits.

When the applicant becomes a recruit and signs the enlistment contract, he or she can choose a MOS and begin training for that MOS. Every personnel must finish and pass all the necessary training to obtain a military occupational specialty qualification (MOSQ).

What MOS means in the Army is the same as earlier definitions. For members going into the Army, there are around 190 MOS options. The coding system includes three digits. The first two digits tell you the field and the last digit specifies the job In that field.

The three types can be further divided into either primary or non-primary MOSs. The former can then be categorized as basic, primary, or additional, and the latter can be necessary, free, or exception.

Some surprising and less well-known MOSs in the Marines Corps are:

There are about 135 MOS in the Air Force. The Air Force specialty code consists of five digits for enlisted personnel and four digits for officers.

The first digit in the Air Force MOS code indicates a career group. In detail, there are nine career groups:

A “1″ is the “helper” level when a person enrolls in technical school. When he or she graduates, they become an “apprentice” with a “3″. Then, the person can advance into an airman with a “5″ at the “journeyman” level. This usually follows a period of courses and on-the-job training and can be from 12 to 18 months. When promoted to staff sergeant, the person is considered a “craftsman” and awarded a “7″. A “9″ is for those promoted to a “superintendent” skill level.

Finally, the fifth digit is a number for further job division, though still within the same functional area. These can be supplemented by suffixes like “A” or “B” for specific skills.

The Navy offers 93 MOSs. However, the right term for the jobs is called “ratings”. These ratings are further divided and grouped into “communities”. Each rating will require a different minimum ASVAB test score. Some of the ones with the most demanding scores are:

Like the Navy, the Coast Guard has a rating system equivalent to the Army and Marine Corps’ MOS. There are five key groups: the aviation group, administrative and scientific group, the engineering and hull group, the deck and weapons group, and the command group.

Each rating in the Coast Guard is indicated on a personnel’s specialty badge, which is worn on the left sleeve of a dress uniform. The only exception is commissioned officers, who do not have ratings.

Now, you know what MOS means in the military, the essentials of job positions, and roles in the military. If you found this article on “What is MOS in military?” helpful or interesting, make sure you share it with others! Do not forget to comment your queries and thoughts in the comments below as well.