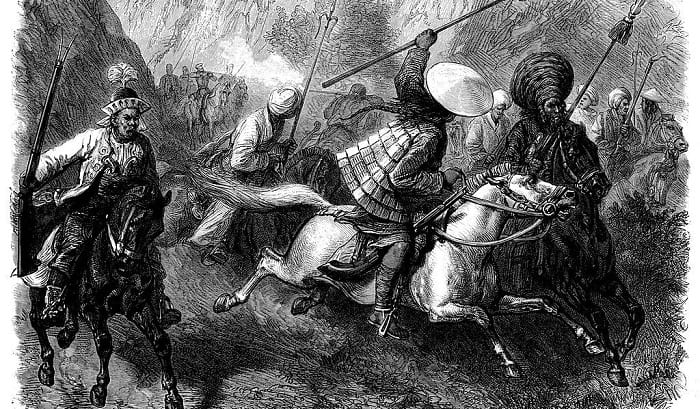 The Mongol Empire in the 13th and 14th centuries was the largest contiguous empire on land in history. It is a textbook topic that you probably have learned in World History class.

The expansion started in 1206 and ended in 1294. Throughout this period, there were six emperors, better known as Khagans. Among the six is Mongke Khan, who had three brothers.

In this article, we will look at two of the three brothers: Hulegu and Kublai.

Mongke Khan put Hulegu in charge of the Mongolian Army and the mission of taking over Muslim states in southwestern Asia. What was Hulegu’s greatest military accomplishment? The siege of Baghdad.

After Mongke Khan was Kublai Khan, who saw the Mongol Invasions of Japan fail.

Hulegu, also known as Hulagu Khan, was a Mongol ruler. Here is his basic profile:

Mongke was the 1251 Great Khan. He put Hulegu in charge of an enormous Mongolian Army to take over Muslim states in southwestern Asia.

He successfully did so with:

But Baghdad was his greatest accomplishment.

Hulegu & The Siege of Baghdad 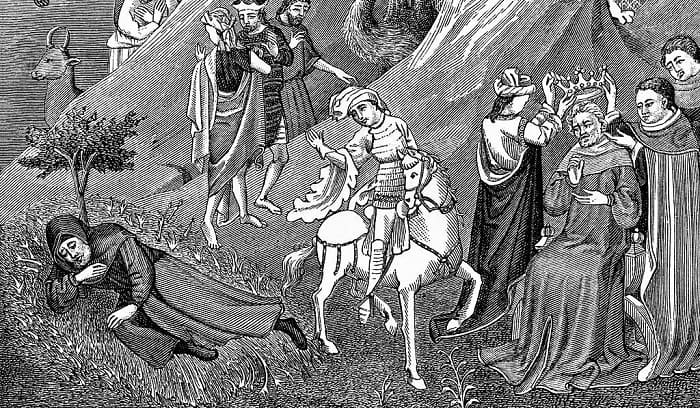 He led his Army to head to Baghdad in November 1257. The siege lasted for 13 days from Jan 29 to Feb 10. Hulegu reached the city in January and encircled the city with troops on both the east and west banks of the Tigris River.

Baghdad’s caliph Al-Musta’sim responded with an attack of 20,000 calvaries, but Hulegu’s troops won by strategically breaking dikes and flooding the ground behind the calvaries, trapping and drowning them.

Towards the end of January, the Huge Army constructed a palisade and ditch to surround the city, then used siege engines and catapults to break through the city’s walls.

By the first week of February, they had seized a large portion of the defenses. Even though Al-Musta’sim tried to re-open negotiations at this point, Hulege continued to drive his force forward. On February 10, the city surrendered, and the Mongols entered the city on the 13th.

Within one week, the Mongols ruined the city. They destroyed buildings, books, historical documents,… and did not spare mosques, palaces, hospitals, or libraries. Anyone the Mongols intercepted was killed, so the death toll was as high as a million.

The smaller states in the region pledged loyalty to Hulegu, and he led the Mongols away, toward Syria in 1259. There, he conquered the Ayyubid dynasty.

Who Was Kublai Khan? 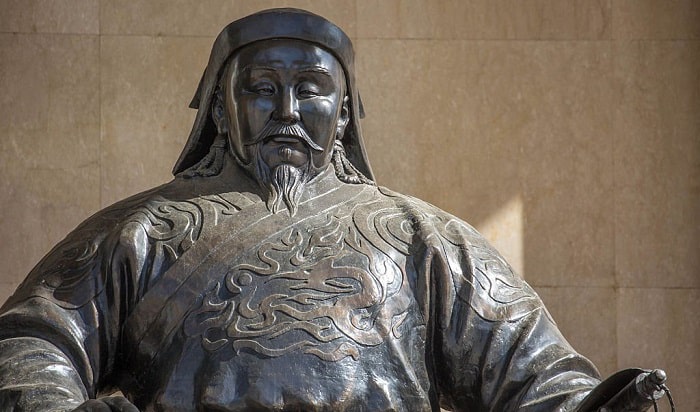 Kublai Khan is also referred to as Qubilai, Kunilai, and Setsen Khan (His regnal name). He was the fifth Khagan (from May 1260 to February 1294). Here is his basic profile:

When Mongke became Khan in 1251, he sent Kublai to China and Kublai became a viceroy. In 1260, Kublai became Khagan of the Mongol Empire and established his capital in 1264 at Khanbaliq.

One of Kublai’s conquests was Japan.

His Yuan force was made up of Mongol, Han Chinese, Jurchen, and Korean soldiers and troops.

Kublai & The Invasions of Japan

Kublai’s Yuan forces headed to Japan’s Tsushima Island in November 1274. They ignored negotiations and started fighting with archers right away. Afterward, they departed Tsushima to invade Iki Island, and after also securing the Iki Island, they landed in Hakata Bay. However, the invasion then halted.

The second invasion began in 1281. There were two Yuan fleets, one embarking on the Southern route and one on the Eastern route. The latter headed out first and attacked Tsushima and Iki Island on June 9 and 14 respectively.

The Eastern Route fleet was supposed to wait for the Southern Route at Iki Island, but the commanders set out to invade Mainland Japan by themselves.

They departed a week earlier than the expected arrival of the Southern Route fleet and divided it in half to simultaneously attack Hakata Bay and Nagato Province.

At Hakata Bay, they were not able to penetrate the defensive wall and were driven off by arrow volleys and at Nagato Province, they were forced to retreat.

Then settled at the Shika and Noko Islands but the Japanese launched raids at night onboard small ships, then immediately followed with a daytime raid.

When the Southern Route fleet convened with the Eastern Route fleet, they advanced on Taka Island, and then, on Hakata. A two-week battle broke out but eventually entered a stalemate.

On August 15, a typhoon struck the two fleets at anchor and devastated them. They tried to retreat and dock in Imari Bay. But they were ultimately annihilated by the storm. Troops who drifted on planks or were washed to shore were killed by Japanese defenders.

The defeated Mongol Empire lost a significant portion of its naval power, and its naval defense capacities slumped.

Kublai’s dynasty seized Burma between 1277 and 1287, but their invasion in 1301 was repulsed. They also failed to invade Vietnam (then Đại Việt) and Java. Generally, they could not seek successful expansion in Southeast Asia.

The factors(s) that forced the Mongols to withdraw from Southeast Asia are believed to include difficult terrain, weather, and diseases. But let’s save this topic for another day. There are a lot of details to further unpack and we cannot squeeze it all here.

With that said, you have reached the closing remarks of this article. We have looked at two of Mongke’s brothers: Hulegu and Kublai. We answered “What was Hulegu’s greatest military accomplishment?” and also looked at Kublai’s failed invasions of Japan. Hopefully, this has been useful. Leave any questions and thoughts in the comments below!