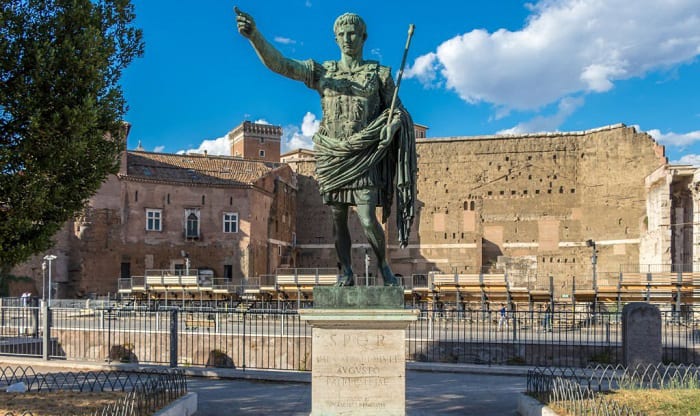 Caesar Augustus, whose real name is Gaius Octavian, was the first Roman emperor. He ruled from 27 BC until he died in AD 14. He is best known for his military, political, social, and moral reforms. For example, under Augustus, women could be freed from male guardianship if they had a number of children.

The short answer is the standing Army.

But, of course, there is a lot more to know about this. We will provide more detailed information in the paragraphs below. So, continue reading thoroughly to get a complete understanding! 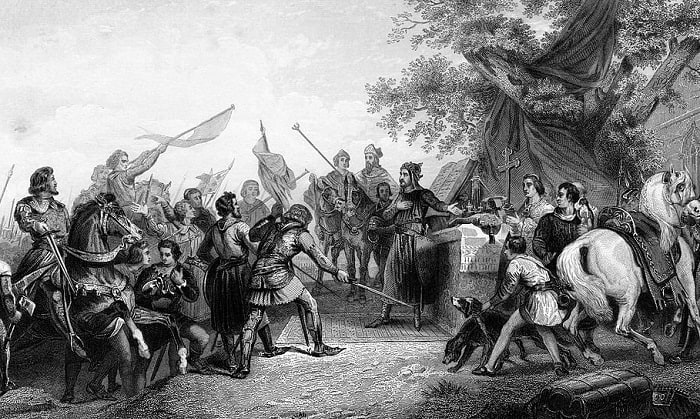 Augustus created the first professional standing army in the Roman Empire. The army was made of 28 legions, each consisting of around 6,000 men. Hence, the total size of the army was ~170,000.

The standing army was further supported by a number of auxiliary units. Each unit had up to 500 non-citizen soldiers. Most of the time, these soldiers were recruited from conquered areas. They would earn citizenship as a reward for service.

The standing army was expensive to maintain but played an important role in supporting the empire’s authority. In addition to serving as combat troops, they were provincial police forces and guards. It was recorded that they would be rewarded a discharge bounty after 25 years of honorable service.

To arrange the bounties that those in the legions would be entitled to, Augustus formed the aerarium military, which served as the military treasury. Funding was derived from a 5% inheritance tax and a 1% sales tax on auction goods.

Aside from giving veterans pensions, Augustus practiced founding colonies for veterans in conquered territories outside of Rome. This helped Romanize the locals in the territories, so they would assimilate and acquire Roman citizenship.

Unlike other Republican legions, Augustus/Caesar’s legions were not temporary citizen levies for the length of certain wars. Instead, they were created to be permanent with career soldiers. The duration of time a soldier served was changed from six to 20 years, where 16 years would be of full service and four years would be on lighter duties.

In addition, Augustus made it so that under the late Republic, a male Roman resident between 16 and 46 years old could legally be required to serve a max of 16 years in the legions and a max of six years in a row.

However, conscription was usually only decreed in emergencies. The legions were mostly all volunteer units of long-term professionals that served 25 years. This was a transformation from mixed conscripts and volunteers, serving 10 years on average.

For two centuries, Augustus decreed that those serving in the legions were not allowed to marry. When legions were based in the same place for a long time and recruitment was local, the marriage prohibition was largely ignored.

Republic tradition dictated that every legion operated under six equestrian tribunes, who would rotate and take turns to command in pairs. However, in the late Republic, the tribunes were replaced by a rank called legati. Essentially, this rank was higher ranking officers with senatorial status.

A Republican governor (proconsul) might ask the senate to designate a number of legati to serve under him. The appointed legati would command detachments of one or more lesions.

It was not until Augustus that there was a single, permanent commander. He delegated a legatus to take command of a legion, and the legatus would have a term of office of a few years. Augustus then revised the command structure so that the senatorial military tribune became ‘deputy commander’ and the rest of the equestrian tribunes became the legatus’ ‘staff officers.’

Augustus also established a new post called praefectus castrorum to be in charge of legionary camps and supplies. The post was composed of a Roman knight and a legion’s chief centurion.

Finally, to improve legions’ survival rates, Augustus introduced protective equipment, such as the lorica, or lorica segmentata, which was a laminated body armor strip.

Other Forces That Augustus Established 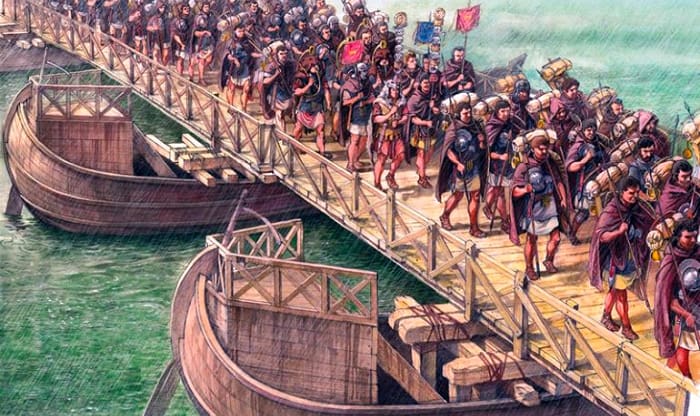 The Vigiles Urbani (Literally, “Watchmen of the City.”)

Informally referred to as the Vigiles, this was a force of firefighters and police that safeguarded Ancient Rome (Though the police function was added later on).

Augustus modeled this force after Alexandria’s fire brigade in Egypt.

In the beginning, the Vigiles had only 6,000 men, and they were all slaves. They were commanded by a praefectus vigilum, which is someone of equestrian rank, and further divided into seven cohorts, where each was commanded by a tribune.

Every cohort was also split into seven centuries with 70 to 80 men under the command of a centurion. The cohorts would patrol two of the fourteen administrative regions in the city. In addition, they acted as a night watch, on the lookout for runaway slaves and burglars.

In AD 205, the Vigiles doubled in size with the addition of freedmen.

This was an Imperial Roman army unit that functioned as a personal bodyguard and intelligence unit for the Roman emperor. Those in this unit would escort high-rank political officers and accompany the senior officers of the legions.

For Augustus, the guard members went with him to active campaigns as secret police agents. As part of this, they played a role in protecting the civic administrations and rules imposed by both the senate and the emperor.

This was a force created by Augustus to counterbalance the power of the Praetorian Guard in Rome. It was led by the Urban Prefect and functioned as a police service; specifically, dealing with those roaming the streets and rioting in mobs and gangs.

During Augustus’s reign, the cohort was split into three and each was commanded by a tribune and six centurions. There were around 500 men in every cohort. Unlike the Vigiles, cohort members were only free citizens.

As mentioned briefly above, this was a non-citizen force that supplemented the Roman citizen legions. There was the same number of auxiliary infantry troops as the legions, mostly volunteers and not conscripts.

Unlike their legionary counterparts, though, the Auxilia recruited people outside of Roman control as well as Roman citizens. They had specialized units, such as heavily-armored lancers, light calvary, camel troops, archers, slingers, and scouts.

Augustus organized the force as regiments equal to the size of cohorts and a tenth the size of legions. In addition, the regiments were split into three types: calvary (ala), infantry (cohors/peditata), and mixed (cohors equitata).

The regiments were commanded by a prefect who could be a native nobleman, a Roman of knightly rank, or a senior centurion.

As you have read, Augustus created a permanent professional army to protect the empire. Now, you know the answer to, “What was one of Augustus’s important military reforms?” and other related information.

Hopefully, this article has been interesting and informative. If you enjoyed reading this, please leave us a comment down below. You are welcome to comment your thoughts and questions as well. Share this with other readers too!