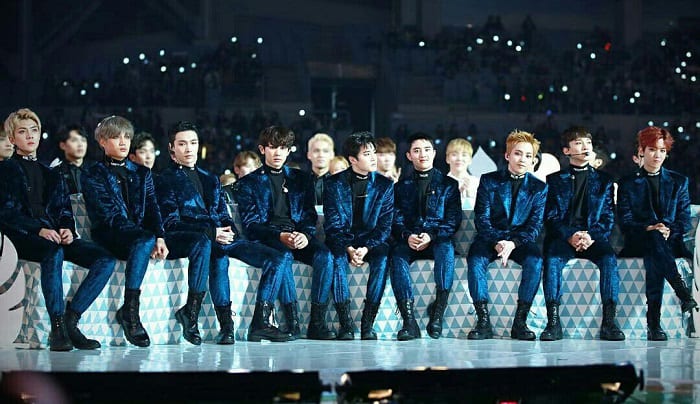 Recently, fans welcomed EXO Chen back from the military. His discharge date made headlines and was “the topic of the town” for a while. But along with this was the question, “Which EXO members are in the military?” Well, as of writing this article, only Chanyeol is serving in the military. For more information on EXO military service, though, read on.

First, for those who are unfamiliar with EXO, let’s briefly go through some of the basics.

EXO is a Korean-Chinese boy band that debuted in 2012 with 12 members. The group is based in Seoul. They were formed by SM Entertainment. The names of the members are;

Luhan, Kris, Tao, and Lay departed from the group and are now considered former members. In detail:

All three members filed a lawsuit upon terminating their contract. On another note, they are all Chinese members of the group. Thus, are not subjected to Korean mandatory military service.

Within the main group (EXO), there are sub-units:

EXO is a successful boy band in the competitive Kpop industry. Some of their most notable records are: 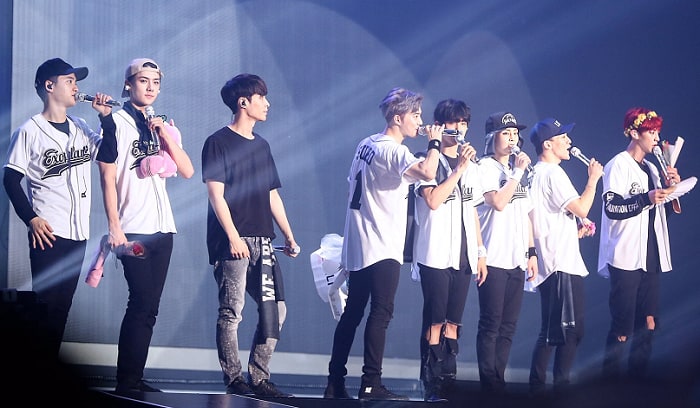 Xiumin has completed his mandatory military service. He enlisted on May 7, 2019 and was discharged on December 6, 2020. Of all the members, Xiumin is the first member to finish his military duties. 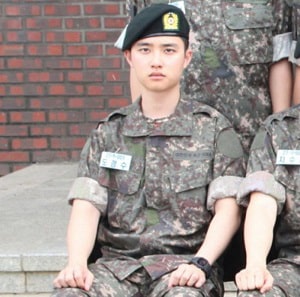 After Xiumin, D.O enlisted on July 1, 2019. He completed his service and was discharged on January 25, 2020. Upon returning, he thanked his fans for waiting and promised to work hard. His message was sent through Lsyn, a fan community app.

D.O’s early enlistment shocked a lot of fans because, as he was born in 1993, he had plenty of time before he would be called to serve. Regardless, his fans respected and were proud of his choice to fulfill his duty early.

Suho, leader-nim, enlisted on May 14, 2020, and Suho’s discharge date was February 14, 2022. He penned an emotional message to his fans when he returned, expressing how much he missed his fans during his service and revealing that he has a special thank-you gift.

Here is a rough translation of his message, quoted from Soompi:

Hello, everyone. This is EXO’s leader Suho, Kim Junmyeon. As of today, February 14, 2022, I have finally been discharged! I want to say before anything else that I missed EXO-L the most. While I spent some time away from all of you during my service, thanks to you, it was a meaningful time that allowed me to think even more of EXO-L. For one year and nine months, I missed all of you and the EXO members so much that I even once dreamed that we held a concert…hehe.

But like I once said, ‘If even the waiting is joyful, then it’s love’. I also think that maybe because we had this time, the waiting may have made our feelings grow even deeper. Still, from now on, let’s not be apart ever again! If I could hug you, I would hug you tight and not let you go. Starting from this moment right now, I’m preparing a gift for our EXO-L. I hope it will be a gift that makes you feel it was worth it to wait for me. Since we haven’t been able to see each other for a long time, let’s promise to see each other even more often from now on!

Note: You can find the original message on Suho’s Instagram. His handle is @kimjuncotton. 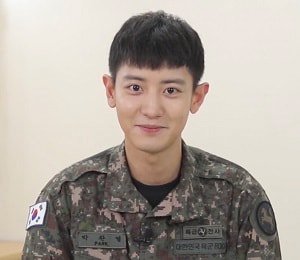 Chanyeol started his military service on March 29, 2021. In November 2021, Chanyeol was promoted to a “Corporal.” But this one month earlier than expected as he passed the “special warrior” test.

Then, again on May 1st, he was promoted to ‘Sergeant’ one month earlier than the typical date because he received a special recommendation for exceptional conduct.

At present, he is serving in the 9th Infantry Division. Chanyeol’s enlistment is set to finish in September 2022.

Baekhyun enlisted on his birthday — May 6, 2021 —as a service worker. To send him off, EXO posted on their official Lysn fan community. Baekhyun himself also shared a photo on Instagram with the caption “D-1. I’ll go and return safely.” He is set to discharge on February 5, 2023.

Kai is a 94’ liner, so he is expected to enlist soon. But Kai has not yet revealed his enlistment date. 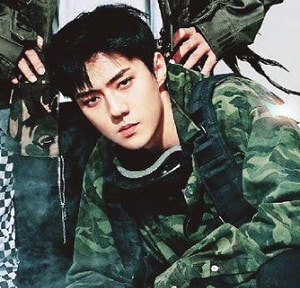 Sehun is the youngest member (the “maknae”) and has some time left before he is called to enlist. There is no public announcement about his enlistment date and discharge date yet. 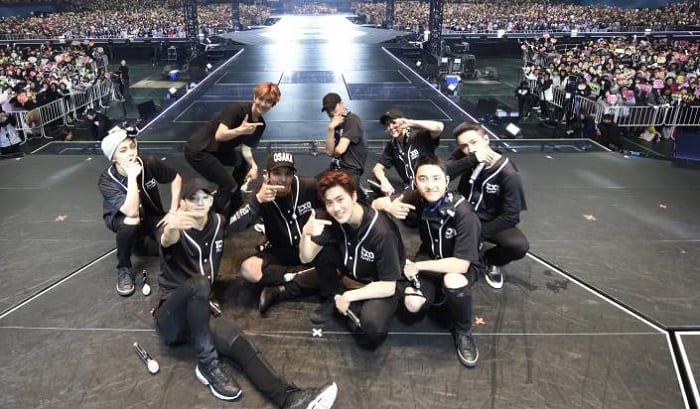 Chen (JongDae EXO) was discharged on April 25, 2022. When he returned, fans trended “Welcome Back Chen!” and “Hello Again Chen!” on Twitter.

When is Chanyeol going to enlist?

Which EXO members enlisted in the military in 2021?

Chanyeol and Baekhyun enlisted in 2021.

When will Kai and Sehun enlist?

As the youngest members of EXO, Kai and Sehun have yet to enlist. Fans await announcements on their enlistment dates. But as of now, there are no details.

You now have the answer to “Which EXO members are in the military?” If you enjoyed reading this article and found it informative, please leave us a comment. Help us share this article with other readers as well! Thank you!