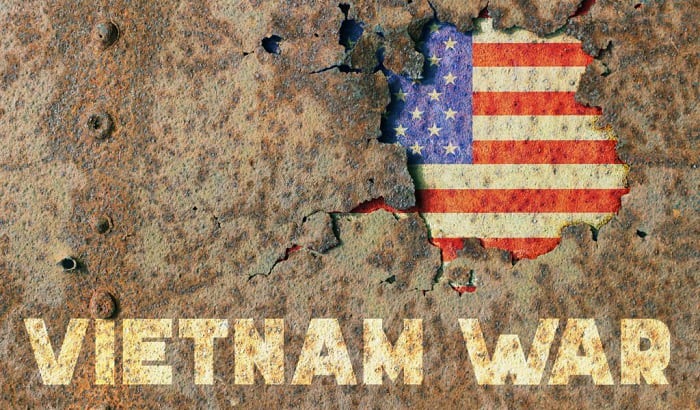 The U.S was heavily involved in the Vietnam War, which went on from 1955 to 1975. The U.S officially entered the conflict originally between North Vietnam and South Vietnam on November 1, 1955, when President Eisenhower deployed the Military Assistance Advisory Group to train South Vietnam’s Army. And 18 years later, the 1973 cease-fire marked the end of U.S involvement in the war.

For more on “Which of the following events marked the end of American military involvement in the Vietnam War?” continue to read.

As protests against the war escalated in the U.S around spring 1969, American troops’ strength reached its peak with some 550,000 men.

The (then) new President Richard Nixon started to withdraw U.S. troops and ended “Vietnamization” efforts but at the same time, he pushed for bombings to intensify. He ordered air and ground missions to block supply routes along Vietnam’s border while withdrawing much of the U.S. troops in the early 1970s.

Nixon’s actions did not sit well with the public; they generated new waves of protests in the United States and elsewhere.

In January 1973, the U.S representatives along with the representatives of North Vietnam and South Vietnam, signed a peace agreement called the Paris Peace Accords in Paris to end the U.S’s direct military involvement in the war.

This entailed a cease-fire throughout Vietnam, the withdrawal of all U.S. troops, the release of prisoners of war, and the reunification of North Vietnam and South Vietnam in a peaceful manner.

The sides agreed that the South Vietnamese government would remain in place until there were new elections, and the North Vietnamese in the South would not advance further nor be reinforced.

The cease-fire would have gone into effect at 8 a.m., Saigon time, which was midnight on January 27, Greenwich Mean Time.

However, both sides failed to comply with the agreement. The South Vietnamese continued to win back villages that were seized by communists and the communists tried to occupy additional territory. They both claimed that military actions were justified because of the other side’s breach of the cease-fire.

Between the start of the cease-fire and the end of 1973, the average number of combat incidents per month in South Vietnam was 2,980. Most of these were low-intensity to wear down the South, but the North heightened efforts in the Central Highlands’ west of Pleiku with attacks on tanks in September.

The struggle for power and control in South Vietnam continued, killing roughly 25,000 South Vietnamese and 45,000 communists.

By the end of 1974, it was reported by authorities that a total of 80,000 South Vietnamese soldiers and civilians had been killed during the year.

Nonetheless, the agreement was honored in some respects.

North Vietnam released all U.S prisoners of war and the U.S completely withdrew its military from South Vietnam, with the last American troops departing through airlift on March 30.

As you read, the answer to, “Which of the following events marked the end of American military involvement in the Vietnam War?” is the 1973 cease-fire, entailed by the signing of the Paris Peace Accords in Paris. Although this directly cut off the U.S’s involvement in the war, North Vietnam and South Vietnam resumed battling. Hopefully, you have found the information you need on this part of the war. If you still have any questions, reach out to us in the comments!