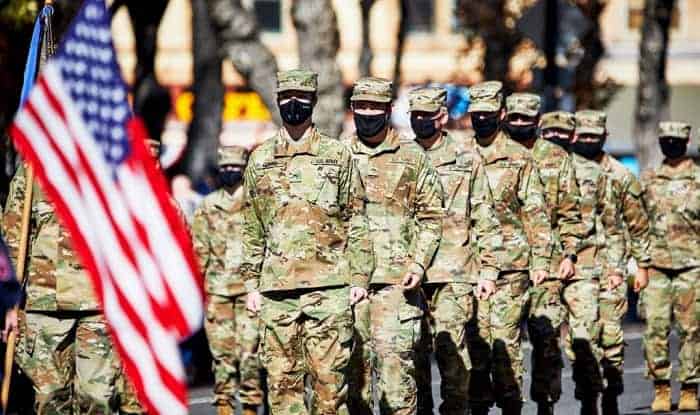 The question, “Why doesn’t the US have military parades?” has recently resurfaced and hit the headlines because of former President Donald Trump’s proposal for one. It is a major topic on Reddit, with many different perspectives.

As such, answers to this question are also varied. In this article, we have compiled the four most commonly cited reasons:

However, there are extensive details behind these single-line answers. Continue reading to find out. We will take you through historical military parades and discuss the remaining existence of state parades. So, do not miss out!

Military Parades that the US had in the Past 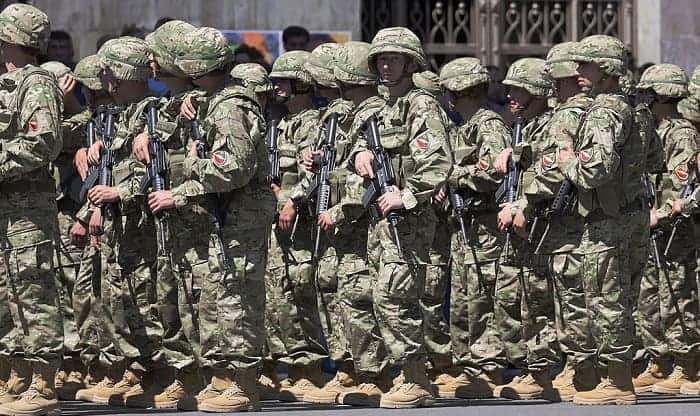 Historically, there were many US military parades. These were during their war eras and were just as big and splendid as any other nation’s parades.

Prior to World War 1 (July 1914 – November 1918), the US Marines had a marching parade in New York City down Fifth Avenue street. The military service members in this parade were led by General John K. There were roughly 25,000 proud personnel in their complete battle attire. The march happened twice in one week.

One of the larger US military parades was held in 1942 under the name “Army Day Parade.” Down Fifth Avenue in New York City, 30,000 men and women marched for about 11 hours. This parade was considered the first public military display within the World War 2 period.

At the end of World War 2, there were victory parades down Fifth Avenue street as well. Over 10,000 soldiers marched to celebrate the Allied Powers. The most notable featuring General James M. Gavin’s display and the 82nd Airborne Division.

During this time, an inaugural parade was held for President Dwight Eisenhower. There were at least 22,000 military personnel that paraded with 73 bands and 59 floats.

There was also an iconic 85-ton atomic cannon on display. This American artillery was capable of firing shells 20 miles ahead. The parade was one of the most anticipated and beautifully executed in the US’s history of military parades.

There was yet another inauguration for President Eisenhower in Washington. Thousands of military troops marched with a 69-foot Redstone, which is the US’s first successfully fired ballistic missile. At least 75,000 people were present in this parade.

For President John F. Kennedy in 1961, there was a parade with service members, including sailors and soldiers, on navy boats. Dozens of missiles were also present in this parade along Pennsylvania Avenue.

Towards the end of March, a parade was held for the Army’s grand review. It was arranged by President Andrew Johnson to celebrate the end of the Civil War. This parade was also a marker for the end of hostilities and for honoring troops.

The end of the Persian Gulf War was marked by a victory parade with Stealth Fighters planes on display along with Patriot missiles. At least 800,000 spectators were present with 8,000 troops marching down the Constitution Avenue of Washington, DC.

This, however, was the last national military parade in the United States.

In the past, there was also Veteran’s Day to honor those who have fought for the country. The 4th of July and the last Monday of May are also big occasions, representing the nation’s independence and national unity, respectively.

Typically, parades will be held during these special days. So, why are there no more American military parades these days? 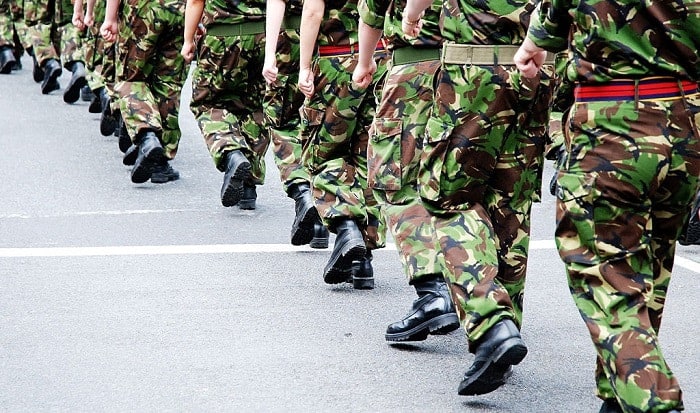 The likely reason is that there are no more full-time wars. In the past, most of the parades were to celebrate victories and honor the contributions of soldiers in wars. However, today, in the absence of wars, soldiers do not go into direct combat and there is no need for a review of the Army.

Another reason is that many people do not support the price tag attached to military parades. By this token, people believe that the money spent on organizing and executing military parades could have been put to other uses. Needless to say, military parades would use up the nation’s budget.

Here, the stance is that money dedicated to “showy” military parades are futile and not as necessary as support in the form of passed bills to enlarge the military’s budget for better recruitment, training, and equipment,

Some also reason that military parades are no longer held in the US because the event is now mostly held in countries governed by a totalitarian or dictator. To demonstrate that the US is a democratic state that is all against these systems, parades are a no-no.

Highly patriotic US citizens also claim that because the US is a “dominant” country, it does not need military parades to showcase its power.

However, just because there are no more independent national, military parades does not mean that state parades are also halted. There are still smaller parades held, particularly during special military days, such as Veteran’s Day and the 4th of July.

These have become an inseparable part of American culture. It is not likely that these will “go out of style” anytime soon.

President Obama also had an inaugural parade in Washington down Pennsylvania Avenue from Capitol Hill. There was a Pass in Review, as per tradition, and a marching band. On the Capitol lawn, celebratory cannons also impressively blessed a 21-gun salute. During his second-day inaugural, President Obama saw over 8,800 at the parade, of which at least 2,000 military service members.

In 2017, a parade was held for President Donald Trump’s inaugural in Washington, DC. On the 4th of July 2019, there were military tanks and the US Navy flight demonstration that went on display.

Most recently, President Joe Biden also had an inaugural parade with over 20,000 National Guard troops and a marching band. Afterward, on the East Front of the US.

There was also a Pass in Review ceremony hosted by the Joint Task Force-National Capital Region.

In addition, there are annual Fleet Weeks held in large port cities, such as New York, San Francisco, and San Diego. The events in Fleet Weeks almost always involve fighter jets and performances by the aerobatic team. There are typically carriers also paraded by the US Navy, with the presence of ships, cruisers, destroyers, and even submarines.

Today’s Fleet Weeks are a continuation of tradition since the 1950s.

You have reached the end of this article on “why doesn’t the US have military parades?”. To recap: There are many reasons that people cite for the lack of military parades in the USA. The most common ones are:

Hopefully, you have picked up a lot of useful information. If you have any follow-up questions or thoughts regarding this topic, do not hesitate to let us know in the comments. We are always delighted to hear from our readers. Also, if you think this will be helpful to others, please share it!