Landline is not an exclusive military term and is not included in the long list of military slang. However, it is sometimes mentioned in the military context.

Hence, many people would search for “landline military meaning” and “what does landline mean in the military?”

But do not let the landline military term trouble you. It refers to a phone that operates with a metal wire or optical fiber line, which is the same as the term that would be used in civilian life.

Aside from the military, another place you would come across or hear the term landline is in police radio communication. There is a bit more to learn in this aspect, so if you are interested, keep reading. We will tell you the police’s landline radio meaning and other interesting and relevant information.

What Does the Term “landline” Mean?

Landline is a name for a type of phone. It basically refers to phones with transmissions via a metal wire or an optical fiber line. Synonyms of “landline” include “home phone”, “main line”, “fixed line”, and “wire line.” It is different from today’s common phones that use radio waves for transmission.

A landline can be cordless or corded.

How Does a Landline Work? 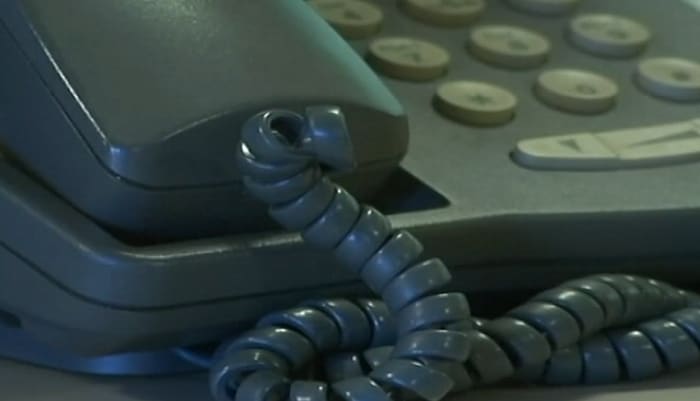 Regardless of the type, however, here is how a landline phone works:

The phone is plugged into a jack in the wall to connect with a larger system of cables and relays controlled by a phone company. The cables are the mediums in which signals are sent to and from the phone. A few companies will also have relay towers that transmit data.

Landlines are deemed to be more secure because signals and data are sent through physical cabling. They can be even more secured with encryption. Intelligence officers and senior government officials typically use encrypted landline phones.

Landline signals are also considered to be clearer than wireless phone signals. That’s why sometimes you will hear people saying, “let’s call again over the landline” when they encounter patchy mobile service.

How Does the Term “landline” Relate to the Military?

The military uses field telephones, which are just like landline phones in that they operate over wire lines. So, in a way, the term landline can refer to a field telephone in military slang.

Field telephones were the preferred mode of communication until after World War II. The radio was used infrequently and usually just to communicate while waiting for field telephone wires to be set up.

Here are a few photographs of field telephones used in the U.S Army: 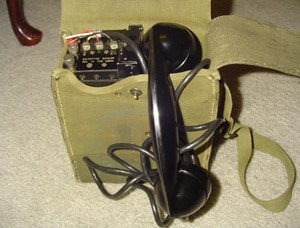 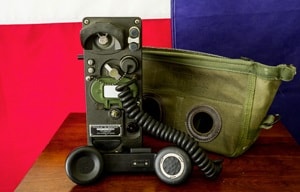 The TA-312 field telephone with a handset: 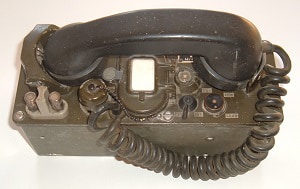 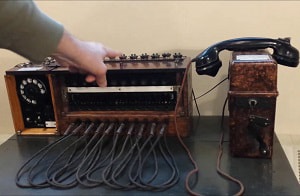 What Does “landline” Connote in the U.s Army During the Vietnam War? 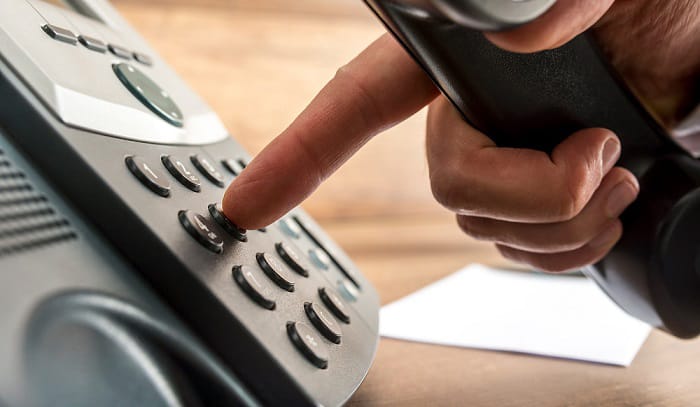 The Army’s Vietnam War Crimes Working Group Files also recorded that field telephones were used in Interesting Fact: Vietnam interrogations to torture prisoners of war (POW) with electric shocks. As such, the term “landline” sometimes hints at these torture sessions, carries a horrendous implication and thus, is terrified among captures.

What Does “landline” Connote in the U.S Air Force?

In the Air Force, there is a connotation behind the term “landline,” and service members would know not want to hear it because of the connotation.

The landline military slang, in this case, means you need to call in through the phone or radio (instead of the landline) for a more private discussion. Typically, this means you are in serious trouble. So, as those in the Air Force put it, “landline” is equivalent to the much dreaded “we need to talk” in civilian life.

Where Else Will You Hear the Term “landline?”

Just like the military, one of the police’s means of communication is the radio. When they use the radio, it is necessary to keep everything short and succinct. Hence, there is a system of police radio codes that is used.

As a police officer reporting, when you hear this, you will have to switch to a landline phone to complete your report. There are many reasons why you may be asked to do this.

For example, your report may contain confidential information that should be secured carefully, and thus has to be relayed over a landline – remember? Landlines are less susceptible to others tapping or hacking. Another reason is that your report may be too long for relaying over the radio. Or the radio audio output is patchy.

Note: Despite being in a radio code, the term landline is not an official procedure word for radio communications.

Now, you should be able to reach your answer to, “What does landline mean in the military?” Hopefully, you have benefitted from reading our article. If you have any further questions, please do not hesitate to reach out to us in the comments down below. Please help us share this article with other readers, such as your family members and friends, as well!