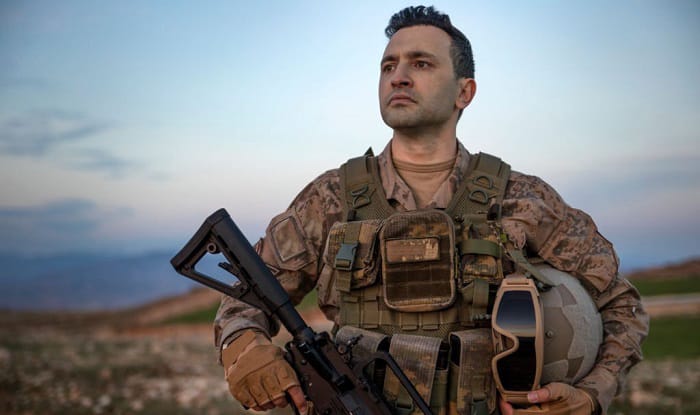 Part of a military member’s uniform and gear is body armor. Most people know this. But do you know the answer to, “What type of body armor does the military use?” In this article, we will look into military body armor and military bulletproof vests. Continue reading for all the details!

What Kind of Body Armor Does the Military Use

The military equips its members with full body armors, which include protection for the front, side, and back in addition to protection for the arms, legs, and head. Usually, these body armors are worn outside and shown above clothes. They are sometimes referred to as full body tactical armors, and military members use them during operations and missions.

Body armors can be made of ceramic, steel, alloys, or titanium. 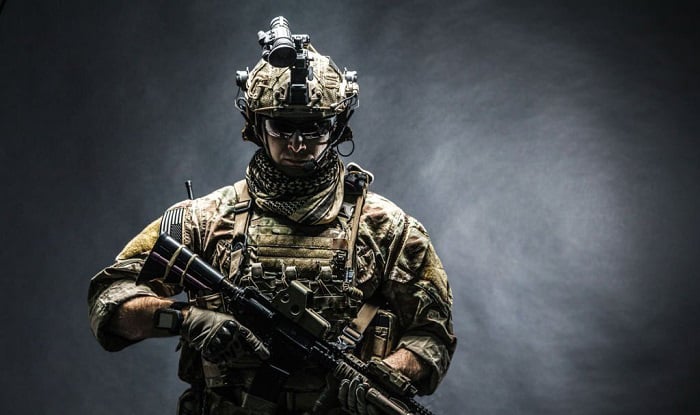 Another option for military members is bulletproof vests and bulletproof military plate carriers. Compared to full body tactical armors, these are lighter and more comfortable to wear. They can hold either soft armor plates or hard armor plates, depending on the level of protection required.

These can be made of kevlar, tauron, graphene, or dyneema.

Here is an example of a US army bulletproof vest: 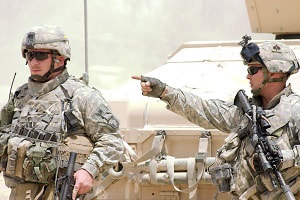 And here is an example of an Army Kevlar vest: 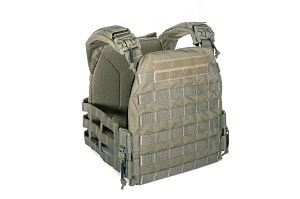 The Interceptor Body Armor – The 2000s

In the past, the military used this bullet-resistant body armor system.

This is the ballistic vest the Marine Corps adopted in 2006. It was designed to provide Marines greater protection while using the same small arms protective inserts as the IBA. It weighs three pounds more than the IBA, but it spreads the weight more evenly throughout the soldier’s torso.

It has a quick-release setup for Marines to quickly remove the vest in emergencies. It covers the side torso, shoulders, and lower back better and includes new integrated side pouches as well as communications wiring channels. There is also a rifle bolster and a revised closure system.

This is the upgraded version of the outer tactical vest. It began to replace most OVTs in 2007. It comes with the Army Combat Shirt, which is a stand-alone, flame-resistant shirt.

The IOTV is lighter than the OTV but it provides more coverage. It has a mesh inner cover that improves airflow in the armor and a back pad to counter fragmentation in the lower back and/or kidney areas. Plus, even without ballistic plates inserted, the IOTC is able to offer protection from fragmentation and small 9mm caliber rounds.

The improved version was released in 2013. It was meant to accommodate smaller-sized Marines. In detail, there are small short, medium short, and large short vest sizes. It is also more fitting for female bodies. 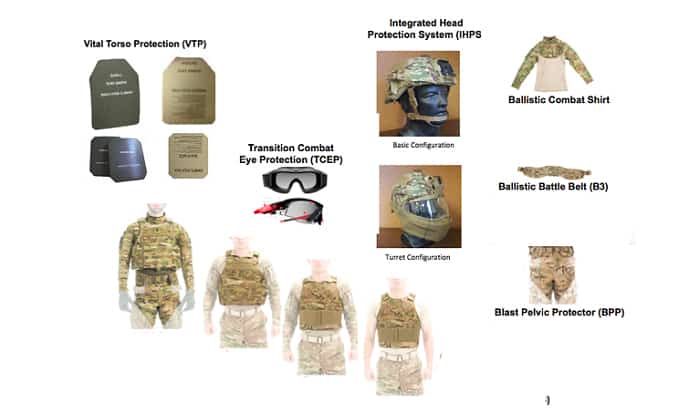 This is the new, modern-day military gear system (as opposed to the Interceptor Body Armor system in the 2000s). It includes the following components:

In 2019, it was announced that the Army ordered 31.5 million dollars worth of the new MSV — Modular Scalable Vest and 9 million dollars of the BPP – Blast Pelvic Protector.

The Modular Scalable Vest weighs approximately 22.6 pounds when fully equipped with ballistic plates in the front and the sides, but alone, it is around 7.4 pounds. This makes it 3.7 pounds less than the current IOTV — Improved Outer Tactical Vest.

The Blast Pelvic Protector is an added accessory specially designed to provide groin and upper thigh ballistic protection from 99mm rounds and fragmentation. It is worn over combat trousers like a pair of loose-fitting shorts. The BPP replaces the current Protective Under Garment and the Protective Over Garment.

The Integrated Head Protection System is replacing the current Enhanced Combat Helmet. It is supposed to offer soldiers on the battleground 100% better protection against trauma or blunt impact.

It also has a new bottless retention system, which takes away the four holes where the chin strap usually attaches to. The new design has just a single hole for a night vision mount in front. Why is this hole elimination important? Well, drilling holes would have weakened the material of the helmet.

The new helmet is also slightly larger, providing more space inside on either side of the head; as such, soldiers can comfortably put on communications headsets. Even so, the new helmet is not as heavy as the old one, which averaged 3.3 pounds.

The Ballistic Combat Shirt is replacing the old Deltoid Axillary Protector, which was developed in the early phase of the Iraq War, bulky, and prone to snagging. The new shirt has soft armor on the shoulders, high chest, high back, and neck, protecting against shrapnel and 9mm rounds. It is more concealable and is made to be worn under a vest.

Aside from that, the shirt includes a new zipper and mandarin-style collar that prevents rubbing and chafing against the skin around the neck. Improved comfort means better performance for all military wearers.

Finally, to complete the set, there is a new armored belt portion with a connector that joins the belt to the vest at the back. This is added to make loads more comfortable to carry. Plus, another armored facemask to shield soldiers’ faces from shrapnel and gunfire.

Last year, the Marine Corps started fielding new body armor. The new protective vest is named the Plate Carrier Generation III. It is made to provide extra protection from fragmentation and shrapnel.

It is also 25% lighter than the Marines’ current plate carrier. As a result, it offers a smaller print in terms of the grunt load. This, in turn, minimizes fatigue and enhances operational capability.

Marines are supposed to pair the Plate Carrier Generation III with new and lightweight military armor plates that shave off ~40% of weight burden for grunts and permit Marines to be 8% faster when operating.

The plate carrier will be available in all the standard sizes as well as a small short, X-small short, and small long. There are also ones accompanied by 6 by 6 inches side plates.

Now, you know the complete answer to “What type of body armor does the military use?” There is more relevant information that was covered you may have found helpful as well. Let us know what you thought of the content in the comments down below. Otherwise, please share this with other readers. Thank you!