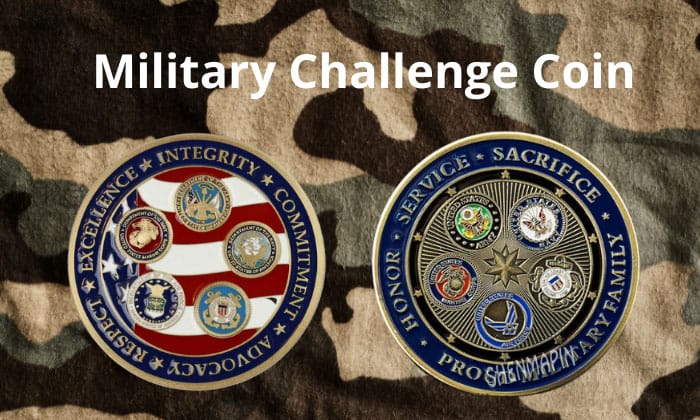 Among the many tokens that military personnel carry, there is a challenge coin. What is it that, you ask? A challenge coin is a coin that is given to someone to acknowledge their membership in a group or organization or to honor their achievement. Hence, a military challenge coin is one that you receive as a member of the military.

But aside from “What is a military challenge coin?” it is good to know what it looks like, what it means, and the history behind it. We will cover all that in this article. Keep reading to find out! 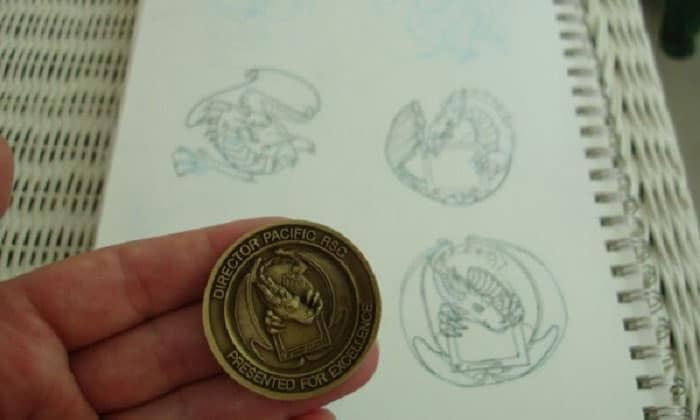 The challenge coin meaning is straightforward: a coin given to a group or organization member for their membership and/or special achievement. For those in the military, it is called a military challenge coin.

Military challenge coins are also commonly referred to as medallions. Military members use the coins to confirm their allegiance over time. As such, those in higher ranks have a collection of coins. These coins are often displayed alongside uniform patches and ribbons.

The typical military challenge coin is pocket-sized, circular, and made of metal. However, there are sometimes pentagon, spade, or dog tag-shaped coins made of copper, bronze, or nickel. The coins are often etched with emblems, insignias, mottos, and symbols that denote the wearer’s unit or office. They are about 1/10 inches thick and can be somewhat colorful.

3. What is the meaning behind a military challenge coin?

The military challenge coin is a symbol of commitment and morale. It represents the military member’s dedication and service in the Armed Forces. As a result, it is a way of instilling pride in the wearer. At the same time, the challenge coin serves as a token of appreciation or thanks.

Note: In the even bigger picture, it stands for the military as an organization.

Regarding the “challenge” part of challenge coins, these coins can be a means of keeping the members of the military connected. Here, the bonds created are meaningful and last a lifetime.

4. What is the history of military challenge coins?

A military coin tradition that continues until today is the presidential challenge coin. It is when the president gives military members, diplomats, and foreign guests a specially designed coin as a symbol of honorary membership. The coin is exchanged in a secretive handshake.

5. What is the “challenge” in challenge coins?

The challenge typically takes place in a bar, pub, or other places where one can get a drink. A member, usually the challenger, would call for a “coin check” and slap his/her on the nearest surface. The people around this member would have to show their coin by slapping it on the same surface as well. The one(s) unable to place their coin would have to pay for one drink or a round of drinks.

6. What is the etiquette of using challenge coins?

When engaging in the challenge coin game, keep these rules in mind:

A popular example is Bull Dog Challenge that was exclusive to tail gunners (b-52). This specific coin is given to gunners when they graduate from the Air Force technical training and enter the Gunners Association. In some cases, the coin is also given to honorary gunners. Here, the coin stands for a bulldog’s strength and courage attributes, where the bulldog is the gunner’s official mascot.

7. How much does a challenge coin cost?

A typical challenge coin costs $3 to $5. Fancier, customized ones can be a bit more pricey, from $10 to $50. Aside from design, the cost of a challenge coin can vary depending on the material that it is made of.

8. Where else are challenge coins used?

Civilian corporations can have and use challenge coins. In these cases, the purpose of challenge coins is branding. They are handed out at events, conferences, shows, etc. The coins function like a business card but are more impressive and memorable. Even sports teams and schools have their own challenge coins featuring their logo and/or mascot.

Military challenges coins are not limited to usage in the U.S. They are also available in Canada, Australia, New Zealand, and the U.K.

These coins are also collector items that can be found in flea markets and army supply stores. They are history buffs and military enthusiasts’ sought-after items. You can search online as well; there are more sources that sell “Army challenge coins” than you might think!

Congratulations! Now you know the answer for the question “what is a military challenge coin?”. The next time you hear someone call out about it in the pub, you won’t be confused! Share this article with others so they can pick up the same useful information!