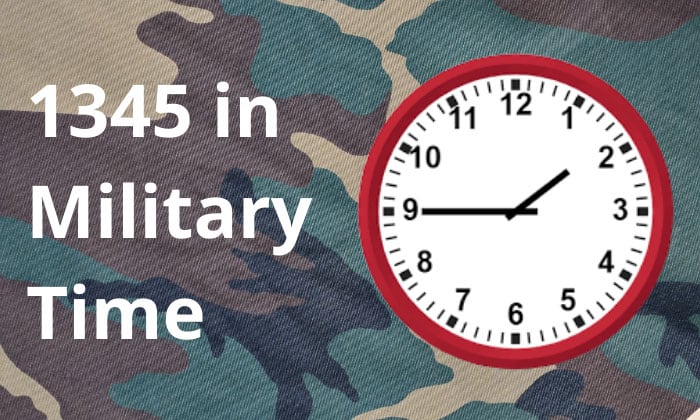 What is 1345 in military time? The short answer is 1:45 P.M. But, you would want to know how to arrive at that answer on your own, right? It is not easy but it is not rocket science either. We will give you all the information you need to understand the military time and compute the time on your own. Are you ready? Let’s get straight into it!

What Is Military Time and How Is It Different? 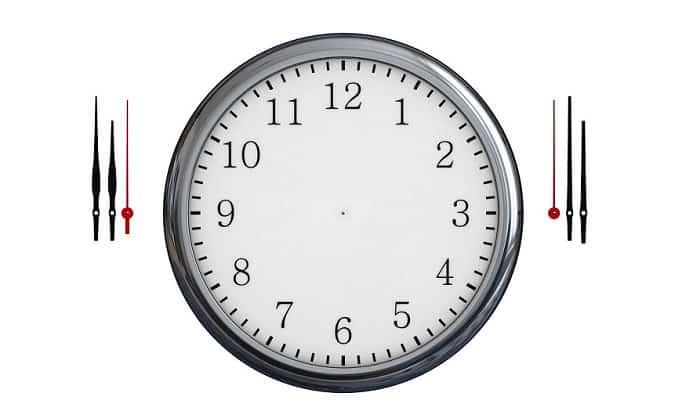 The military has its own timekeeping system called military time. This system runs for 24 hours instead of 12 hours like standard civilian time. As such, there is no distinguishing between A.M (Ante Meridiem) and P.M (Post Meridiem).

In comparison with the standard 24-hour system, military time does not use a colon to separate the hours and the minutes. Plus, it is read and pronounced differently (as you will later find out).

The military decided on this system because they wanted to be able to tell time precisely as well as minimize confusion. Given the nature of the military, this is quite reasonable, right? No one would want to “schedule” a fight and show up at the wrong time.

If you are about to enlist in the military, it is important that you understand how military time works, and part of that is being able to read and convert it—we will learn both in the following sections! Here we go!

How to Read Military Time?

Reading military time is easy once you remember the basic pointers:

How to Convert Military Time to Standard Civilian Time?

Returning to our original question, “What is 1345 in military time?”, we need to know how to convert military time to standard civilian time. To do that, there are a few steps we need to take:

Our final result is 1:45 P.M! Be careful not to mistake this with 13:45 P.M or 13:45 military time, since the former would be the 24-hour format for a standard civilian time, not the 12-hour format. and the latter would be an incorrect presentation with a colon (:).

How to Convert Standard Civilian Time to Military Time?

Now, to make sure that we have 100% understood the conversion process, let’s work backward and convert the standard civilian time to military time. What is 1:45 P.M in military time?

⇒ The most important rule that you must remember is this:

For the earlier stages where you are still practicing and getting used to the conversion process, you can use this online tool to check your answers. 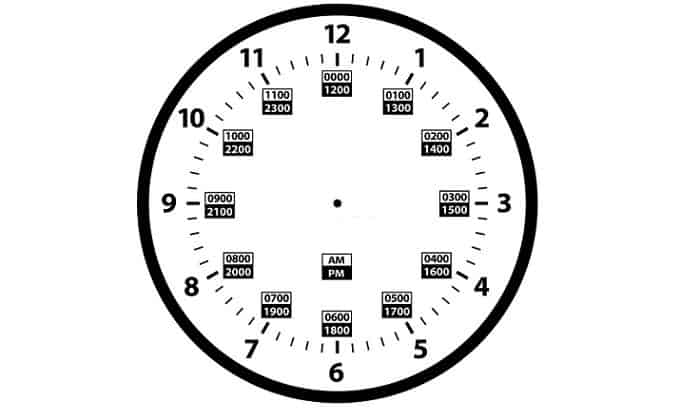 A chart to help you with the conversions:

A worksheet for you to practice the conversions.

Time’s up! But you are now equipped with all the information to master military time. The next time you are asked, “What is 1345 military time?” the answer will surely come to mind naturally!

You will be able to answer confidently on your own without searching for this article again, just be sure you keep everything you have read close to heart! Share this article and leave questions in the comments below.